Now another thing I noticed whilst watching the film- many character traits were missing. In the first film Star-Lord, played by Chris Pratt, was funny, full of energy and jokes. In this film he seemed tired, and lacked the Thank You Big Ben Long Pittsburgh Steelers Sweatshirt that made his character such a standout in the Marvel library. He just seemed mopey and his jokes felt forced and he seemed really unhappy to be with the Guardians. Meanwhile Drax- he looked different in some respects and acted a little off. Yes he was still very litteral, but he seemed more light-hearted. One of my favourite things with Drax, is how annoyingly clueless he was and his dark side was something I also loved. Now he just seems too happy. Rocket- a character I have never really liked due to me thinking he is just actually a rude character, seemed even ruder- he hadn’t learnt anything from film one. Yondu’s, portrayed by Michael Rooker, voice also sounded a little off to begin with in the film, which I found odd. A few things were just off. The fun was gone. 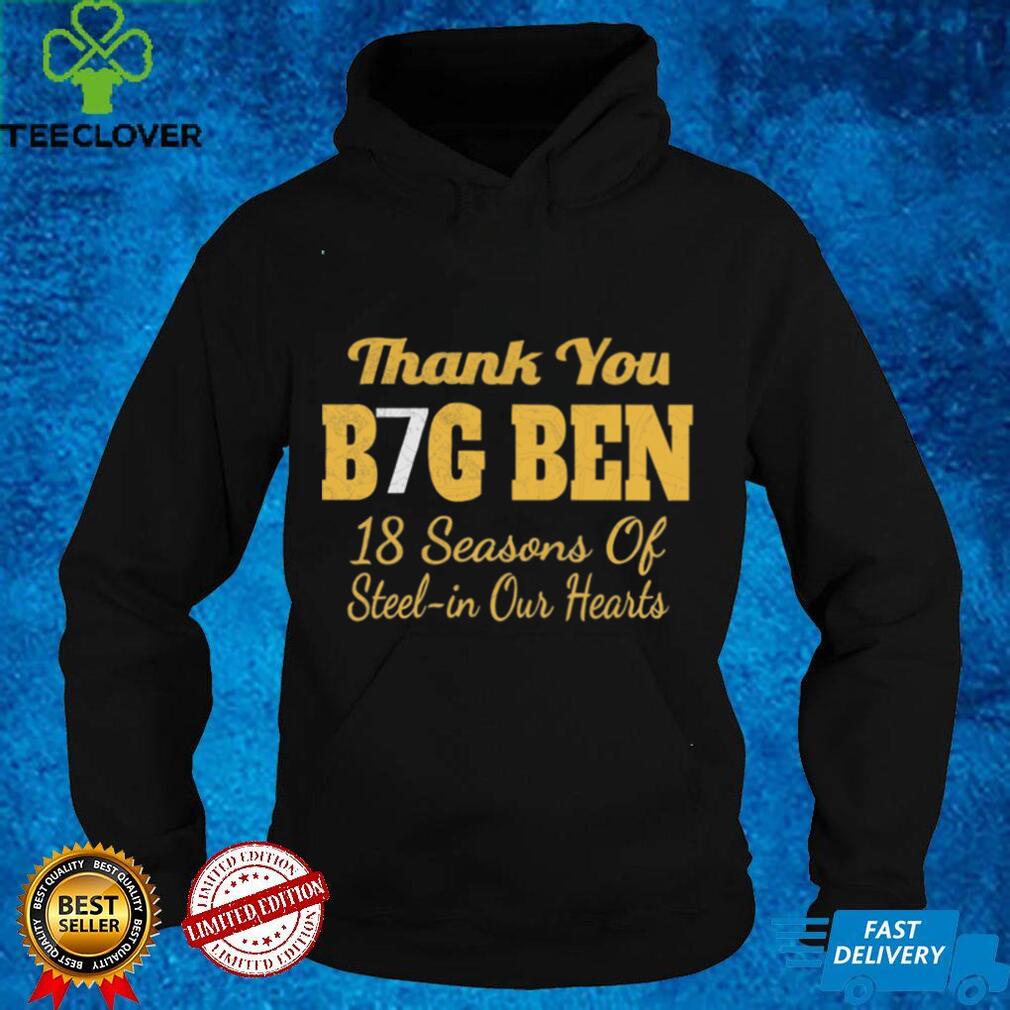