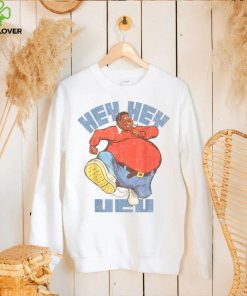 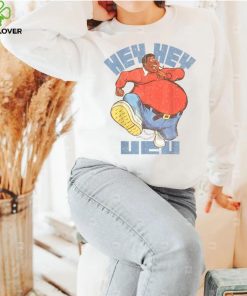 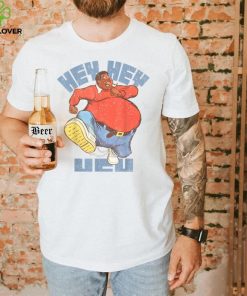 Tim Allen brings Christmas Cheer with him. This trilogy of delightful Xmas movies make even the Vintage Fat Albert Hey Hey Hey 1 T Shirt person smile and remember the joys of being young and looking forward to Santa Clause flying with his reindeer to each house on Christmas Eve. The first film, The Santa Clause, deals with a man, who has long disbelieved in Santa Clause- Father Christmas himself- until he is swept up and forced into being the Clause and his son becomes obbessed with Santa, despite everyone trying to tell him Santa doesn’t exist- what! The sequel, The Santa Clause 2: The Mrs. Clause, deals with Santa needing to find a Mrs. Clause or else he won’t be able to be Santa anymore! The threequel, The Santa Clause 3: The Escape Clause, deals with Jack Frost trying to take over the North Pole and become Santa himself. The trilogy is delightful, fun and perfect Christmas films for the whole family. No Christmas is complete without this film series. 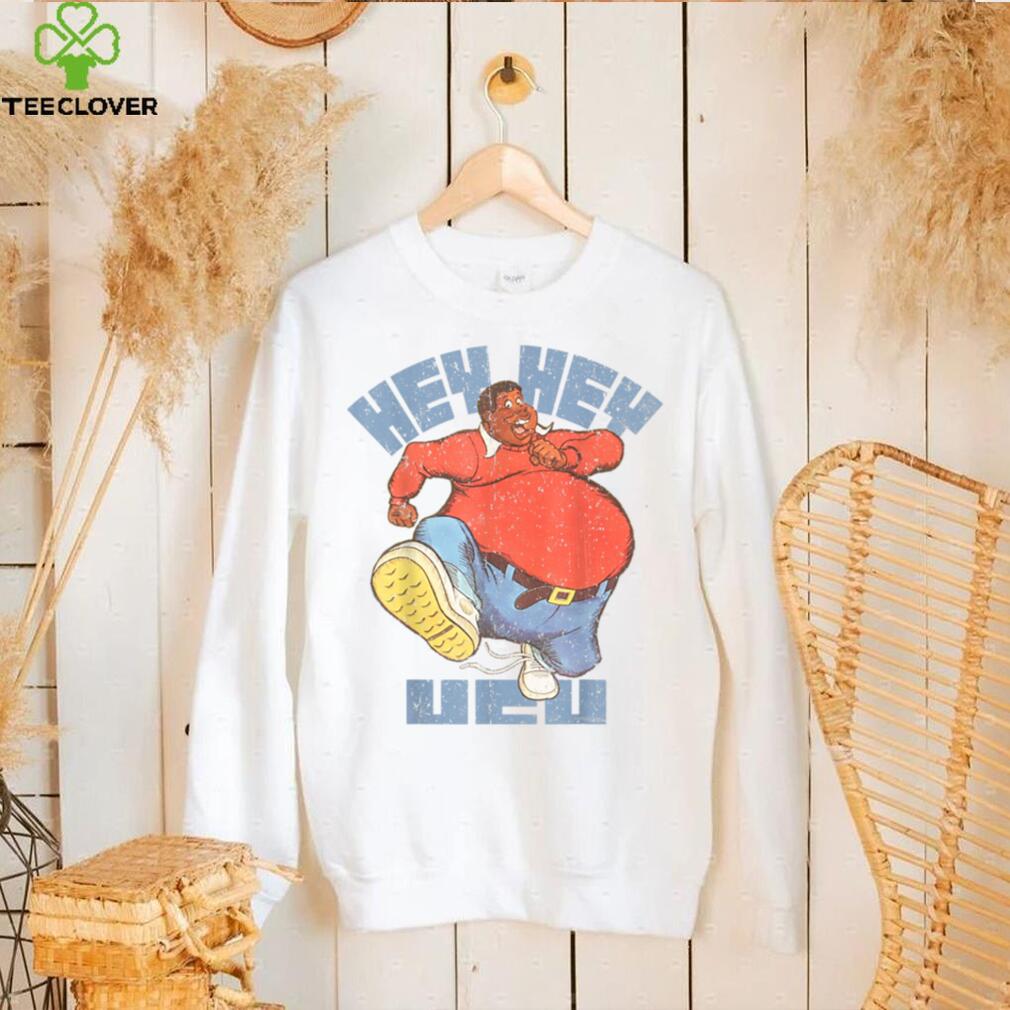 If you aren’t casting Eldritch Blast much of the time who cares? If you have the Misty Visions Invocation then you can completely mess up the sight of a set of Vintage Fat Albert Hey Hey Hey 1 T Shirt either by “fake cover” so they can’t see your allies or things dancing round their heads so they can’t see your allies. This sort of advantage to attack them and disadvantage to their attacks combination is frequently worth more than a round of attacks and there isn’t really a saving throw possible without burning an action. (It also annoys some DMs so take care). A Celestial Warlock gets +Cha 1/turn to fire or radiant damage at level 6 and gets the Sacred Flame cantrip. But in a low combat game where you use misty visions it’s near enough. A Celestial Pact of the Tome Warlock can also pick up Green-Flame Blade as an extra cantrip meaning that from level 6 their melee attack does [Basic Melee attack] + 1d8 fire + Cha damage to their primary target and Cha to their secondary target. Throw in a magic weapon (and possibly the Shileileigh cantrip to use Cha to attack) and you’re doing Eldritch Blast/Pact of the Blade damage without wasting an invocation.

Emen Bloodbinder the Ruthless of Narfell. Hilariously, the Vintage Fat Albert Hey Hey Hey 1 T Shirt  of Bloodbinder Orcs is a Kobold. Remember that bit from above about the Bloodbinders stealing children? Well, they stole a clutch of Kobold eggs on an unexpected raid, and Emen was the only one who hatched. (Azuch may or may not have been sent to smash all of the eggs some years back. He didn’t get there in time.) They wanted Kobolds for some of that natural dragon sorcery that a lot of them have, but Emen just wasn’t born with that genetic lottery. He did, however, turn out to be an excellent Enchantment Wizard, and quickly became the golden child of the tribe as a result. It’s gone to his head since then, and he’s ceased working hard in later years. (For anyone who knows Orcish names and is going “Waaaiiit, isn’t Emen a girl’s name?” Yes, and that’s intentional. According to Volo’s, Kobolds can slowly change sex, and Emen has a tendency to do that himself every few years. He likes his name, though, so that never changes.) 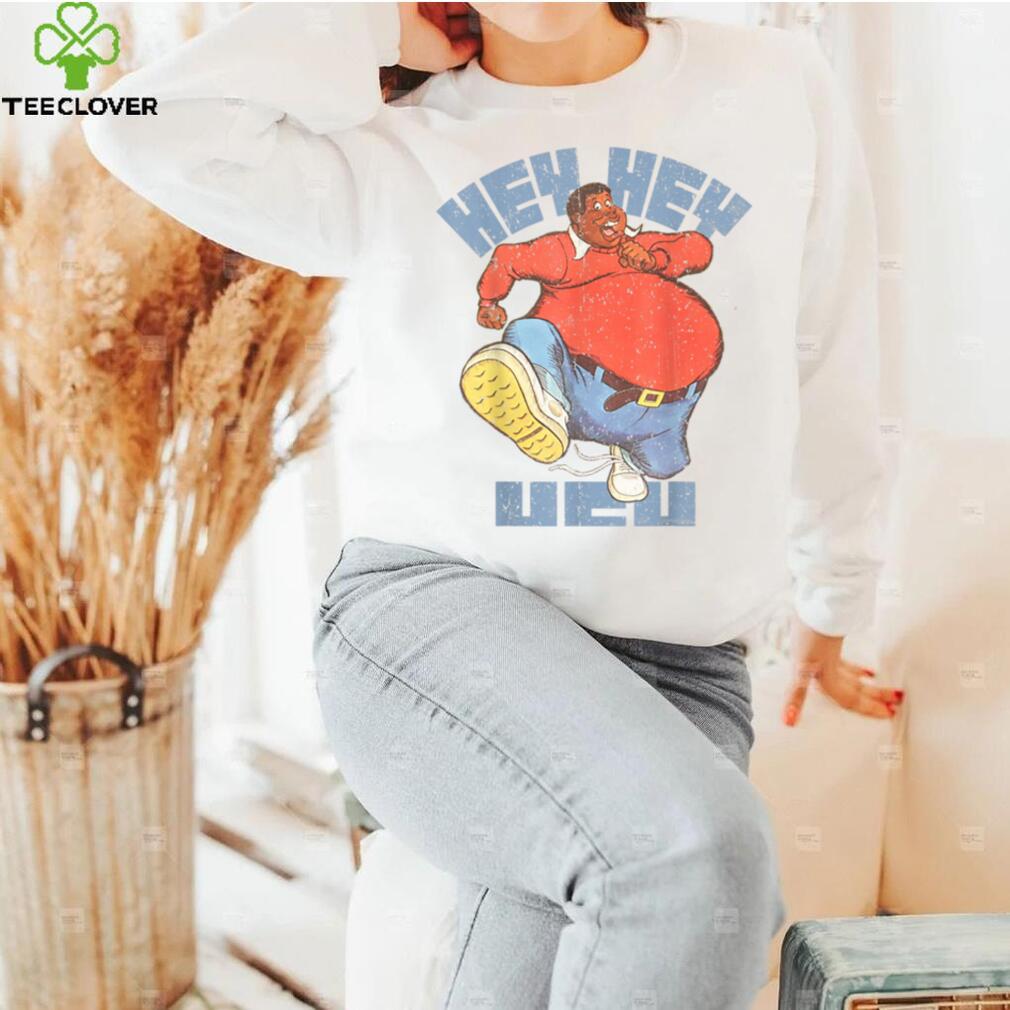 If you ever have the Vintage Fat Albert Hey Hey Hey 1 T Shirt of having to listen to one of those insipid “light rock” radio stations, you hear an endless stream of songs that sound laughably dated in their production style (not to mention those tired and crappy songs). But when I start to hear similar production on new music from artists who are supposedly on the cutting edge, then I can help but wonder what the hell is going on. Because I must admit, I can’t quite figure out where the intention lies with a lot of new indie music I hear. Are these styles being reproduced out of homage to some of the music with which these artists have grown up? Or is this some sort of hipster ironic take on what’s cheesy? Put clearly, they must be doing something right. These artists are garnering more airplay than I currently am getting, and acquiring lots of new fans in the process. And what does that say about us (collectively) as an audience? Do we naturally gravitate toward something that sounds familiar, even if it’s crap? Or are we just being lazy…not wanting to be challenged by anything that’s really new? Frankly, I don’t think that’s the case, because I have to believe that real music lovers aren’t nearly that lazy. But that still doesn’t explain why some of the more regrettable elements of 80’s music are making their way back into new indie rock.