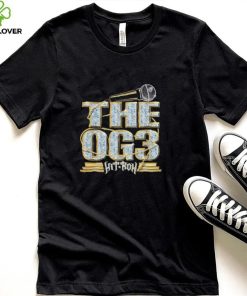 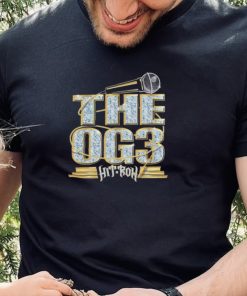 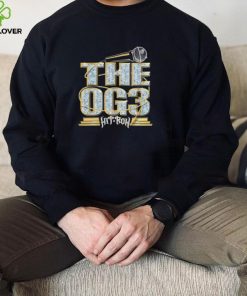 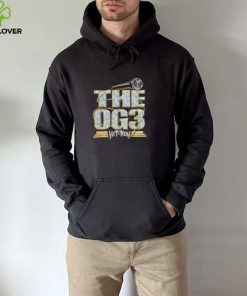 It’s a The Og3 Hit Bow shirt kid’s movie that adults can enjoy. The only bad language is done in a cutesy way, with unintelligible sounds, kind of like the adults always talked in Peanuts cartoons. Ralph gets his mouth washed out with soap for it. The only violence is a scene where Ralph, while being picked on by a bully, snaps and fights back. It isn’t overly violent, and it isn’t glorified fighting, it’s just a couple of kids fighting in the snow like kids do. Ralph is crying throughout, so it is not some kind of ‘Aha, the victim has turned the tables with violence!’ I think the only other scene of violence is where Ralph fantasizes that he defends the house from burglars in the backyard with a BB gun. The scene is in black and white and sped up like a funny silent movie, and the burglars wear comical, old timey burglar outfits – striped shirt and black masks, like the Hamburglar. I think Ralphie shoots them in the butt as they try to climb back over the fence to get away. 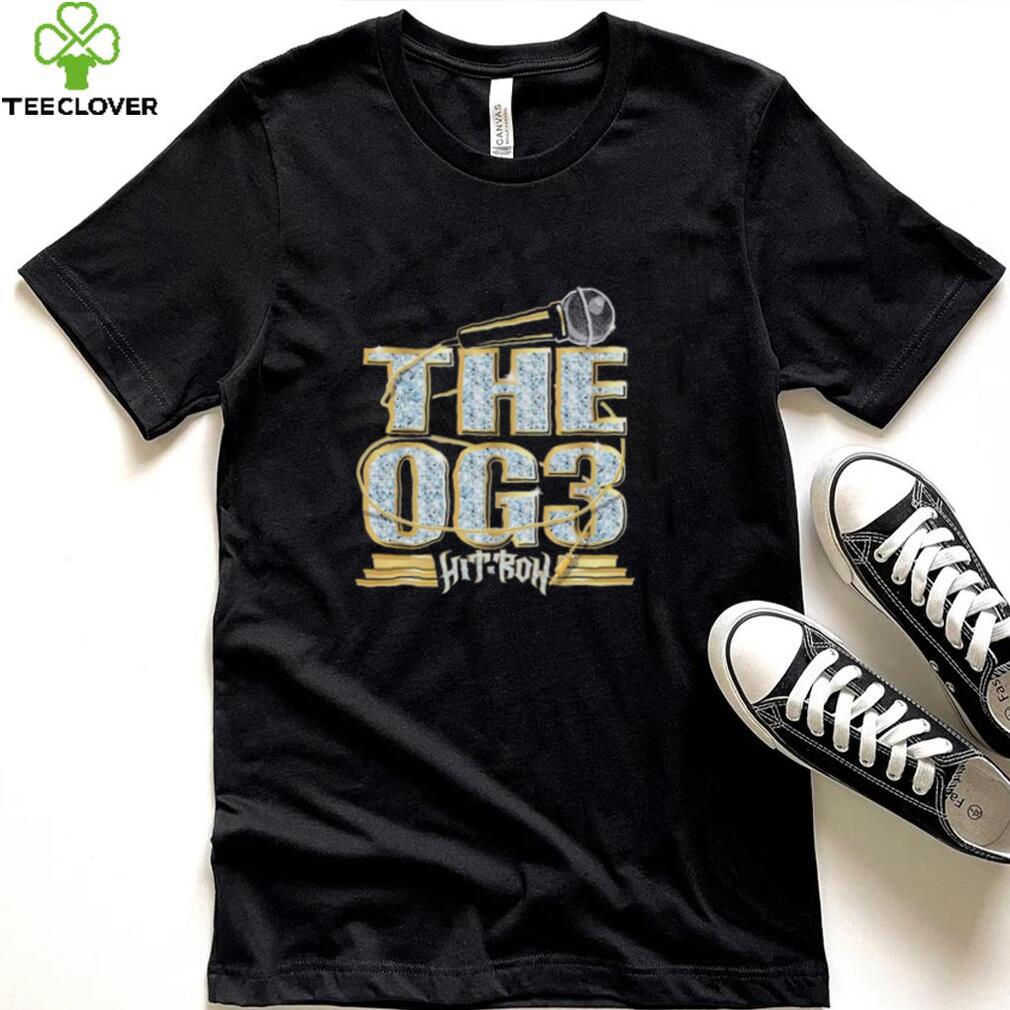 In the typical Tim Burton fashion, there were many twisted versions of holiday traditions. Such as when Penguin blackmails Max using his stocking to hide the dirt he has on him. As Batman and Catwoman commenting on mistletoe which gives away their identities. It’s part of the The Og3 Hit Bow shirt nicknamed Tim Burton Christmas Trilogy. With it being the first and Edward Scissorhands and Nightmare Before Christmas being the second and third.

So, I’ve been working at this company for nearly a The Og3 Hit Bow shirt from January. I needed a job as was being made redundant and this popped up so I took it, it’s a night shift but work is work. Now, after about three months, I was asked by my colleague if I could cover his shift as he had an evening event to go to which I said that’s fine I came to find out it was a company event where everyone is invited to it but me. I shrugged it off as I thought I’m new so I guess they had it booked for a while. Kinda still sucked having to cover someone’s shift though as they were having fun and I’m stuck in the office. Anyways, fast forward to about a month ago I was doing paperwork and I came across an email stating Christmas party, I brought it up with my colleague he said is there? To which I said yeah at this place he said oh yeah I know I’m going to that. I was struck as I had not been approached or invited to it, what makes it worse is as there has been a boom in work lately they have took on about 6 new people about 3 months ago and they have all been added to the guess list and they class each other now as “family” while I’m stuck covering the guys shift and I was told I need to have the on call phone over Christmas because he has a family?! Well so do I!!! 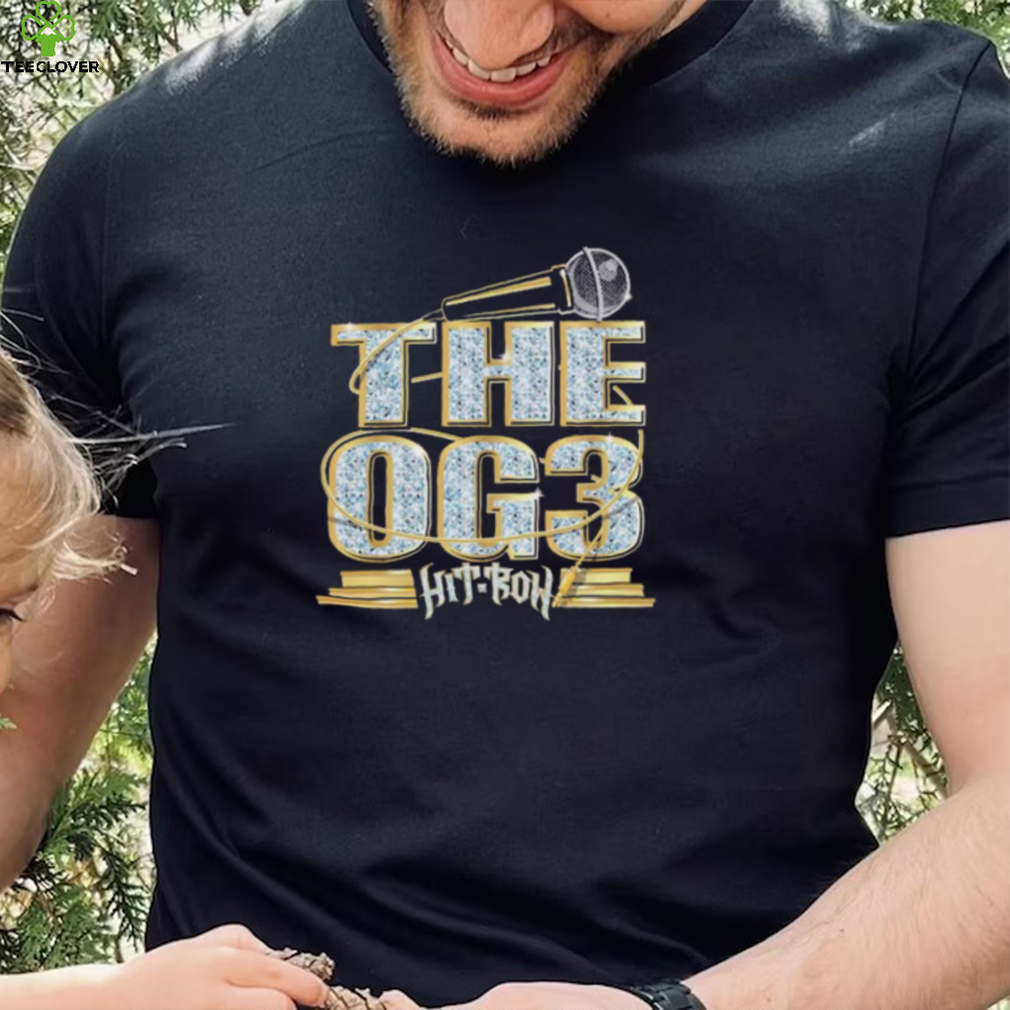 Fabrizio Quattrocchi, an Italian security officer, taken hostage and murdered in Iraq by Islamist militants. After being forced to dig his own grave and just before being shot in the The Og3 Hit Bow shirt, Fabrizio looked up at his executioners and defiantly said: “Now I will show you how an Italian dies”. I am sure in history there have been more significant moments with very cool lines, but for me, right this very moment, Fabrizio deserves the prize. EDIT: thanks everyone for the upvotes. The reason why I was fascinated by this, is that Italians are not usually seen as warriors or for dying heroically. Stereotypically, we are all artists, lovers with an incurable fondness for string instruments… Fabrizio decided to meet his fate with dignity: his words would have cut deeper in his executioners’ ego than any last minute shovel swing.