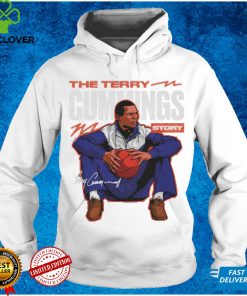 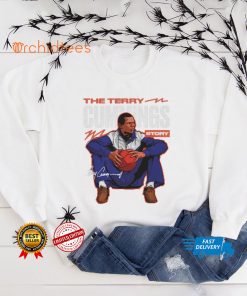 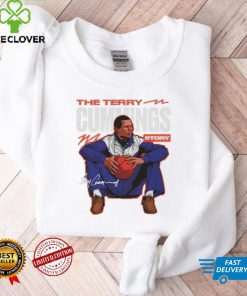 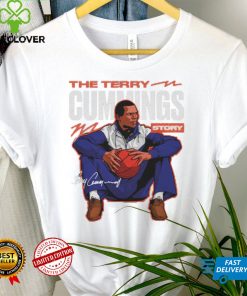 That Terry Cummings Story Front & Back WHT Shirt sweet boy. As we know, Harry went through some tough stuff in his life, arguably more than any other student at Hogwarts. And yet, there he is, observing Neville…considering this friend’s hard life, and understanding/recognizing Neville’s hardships when he could easily wallow in his own or claim them to be tougher than Neville’s. I would argue Harry’s life was tougher than Neville’s, but Harry’s humility allows him to see the anguish of others even in comparison to his own. When I read this scene, it was truly the moment Harry became my favorite character. He’s obviously the main character, but he’s not automatically going to be everyone’s favorite just because of that fact. But he truly is mine, and it’s because of moments like this. 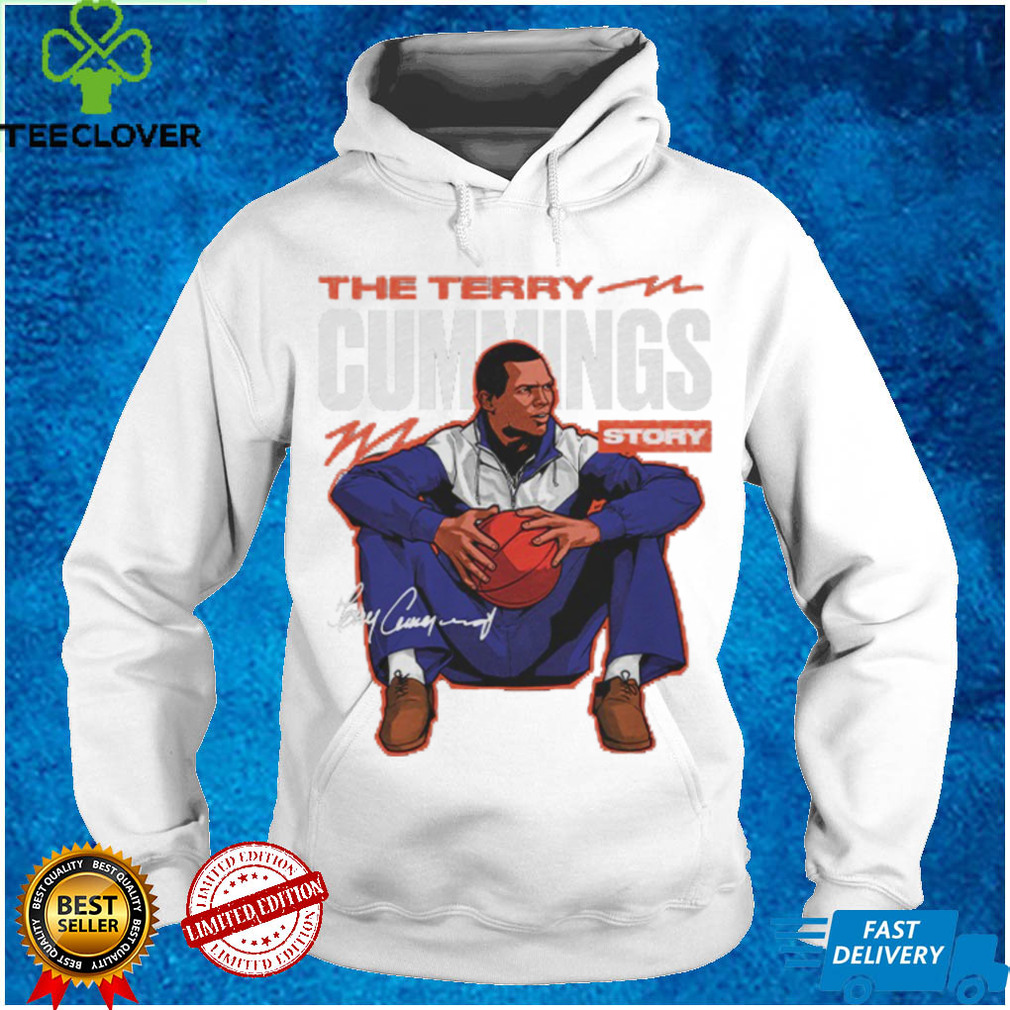 It must be worrying to see a lot of Terry Cummings Story Front & Back WHT Shirt work but I don’t see anything that says “please, please he’s kidding himself”. Getting As is a good sign and, as a matter of fact, one of my classmates is now a professor having been a B/C average student at one point in secondary school. Also when I was in my 1st year as a math major one of our tutors described how things progressed for him. His performance in math competitions was like your son’s when he started but by the time we met him he was averaging 1st class honours. Also doing well in math competitions only means you know some tricks to solve problems, nothing more. Some of the best guys I met in that arena are now lecturers in top unis, but I came across many that were good at math competitions but that did poorly in the undergrad. Out of the 14 that got top grades (1st class) only 2 or 3 were proper prodigies really. Doing well in a math degree is a lot more about hard work – it does require some aptitude, but some PhDs in math I know were barely passing exams in their freshman years but it clicked in the later years.

I find it hard to track why anyone would accept all three versions of him. It seems one if not two would be sad pathetic Trump. I think angry Trump gets first place in supporters hearts. He’s seen as the ONLY president to ever put America first and they love the Terry Cummings Story Front & Back WHT Shirt of that guy. Quite insulting to a country they love. Victim Trump gives angry Trump a run for its money. They love to defend the misunderstood and abused Trump. He was never given a chance and he was hated for defeating Hillary. So wrong. He became a victim of photo shopping. His inaugural crowd was sooo much larger than Obama’s that the press collectively slimmed down the crowd just to make him feel bad. He felt bad and mad and gathered love notes from his voters. Thus an addiction began. He plays victim and they seek to soothe him, by attacking the latest person or group that got hims all wadded up.

Last year my husband presented me with a heart-shaped steak (accompanied by a beautiful blue orchid). And he cooked it for me afterwards, of course. I believe that romance is not about tons of Terry Cummings Story Front & Back WHT Shirt but rather about understanding each other. That steak was an act of ultimate understanding. Edit. Also now that the word “algo-puzzle” is out, I remember another (probably even more) romantic thing that happened on the same Valentine’s day. When I came to my office in the morning, I found an anonymous heart-shaped note with some code in Brainfuck in it. It took me more than a day to solve it (actually, more than a month – I’m much worse at solving puzzles than at inventing them), in the end Brainfuck code revealed a link to a page with an interactive map of our office, with hints on every room, and that lead me to the freezer with my favorite chocolates in it. Alas, I still don’t know the identity of the author, except for the (obvious) thing that he speaks Russian and has access to Microsoft buildings. 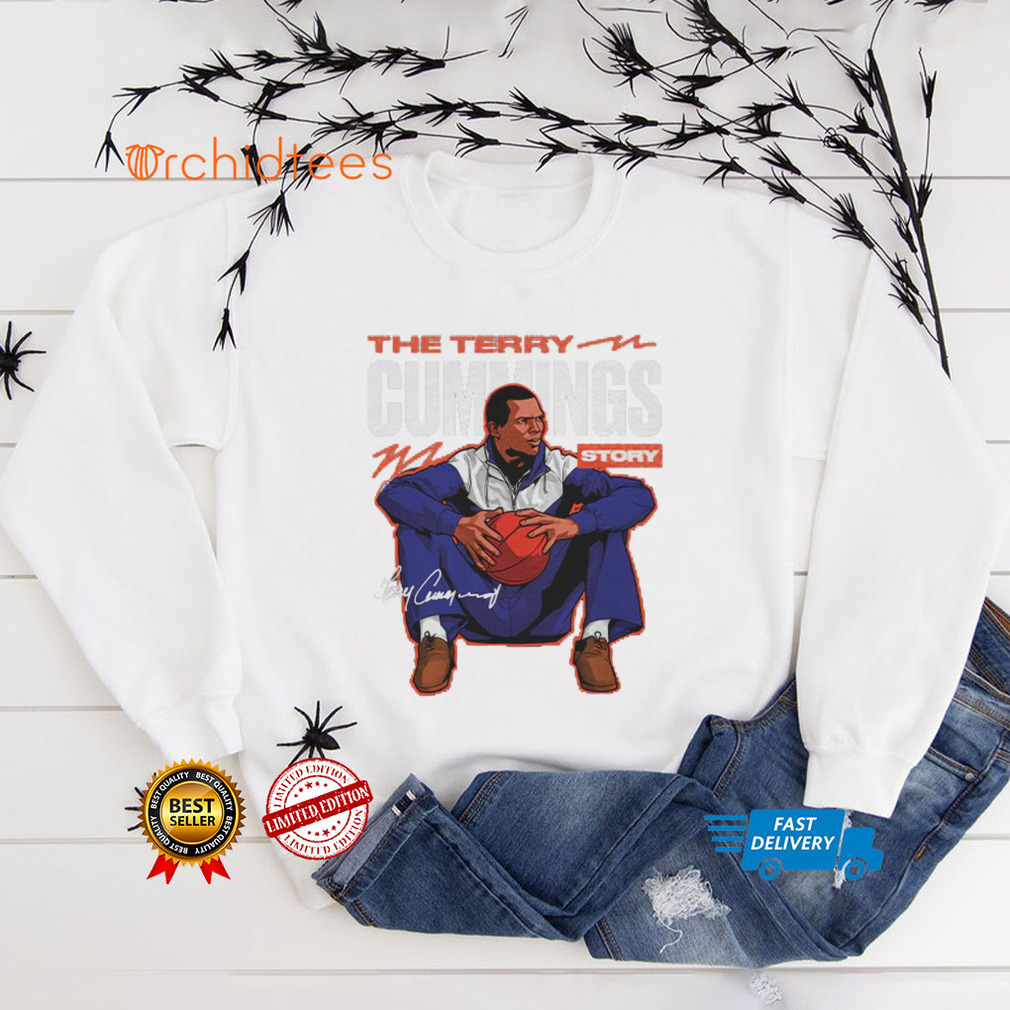 The greatest threat for war today however, is not a nation-state vs a nation-state conflict for right to dictate a new order. Instead, the Terry Cummings Story Front & Back WHT Shirt of polities from within leaves us leaderless in a time when practical yet visionary leadership is of great need. The ‘Arab Spring’, the political chaos in America, the inability of the EU to develop cohesively, or any number of ‘failed states’ around the world show that individual people are no longer willing to bow to the power of any particular state if it cannot deliver security and the requirements for a better life.