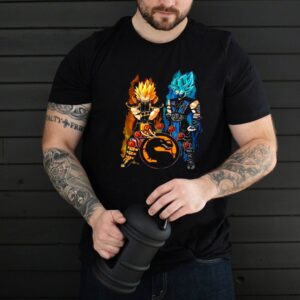 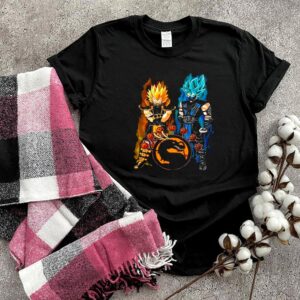 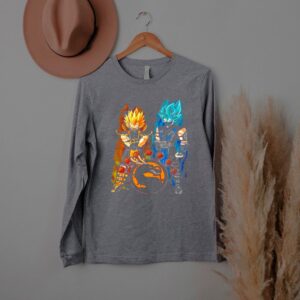 When you put it like that, I get that. I used to be the same way with parries but that had to change when I started playing cent. Even still sometimes I’ll parry off of instinct instead of actually watching the indicator. So yeah I can see where the complaint comes from sorta even though it seems a little odd seeing as, like you said, it’s rare for a shugo to go for a full charge heavy. Sorry for the assumption about you being unable to parry the heavies.If for some reason winning the faction war would prevent WW3 in the real world, I still wouldn’t do it. It’s so lackluster and unimportant. If I could store all my troops up from the time I started the game and blow them all on a Songohan And songoku dragon ball Shirt  tile, it would…make no difference at all. When I learned you can change your faction I went to Vikings immediately. Free rider privileges baby. I do nothing and get small rewards occasionally. It almost makes the annoying popups each time I boot up the game tolerable. Almost

If you need definitive proof this game isn’t worth your time, listen carefully. This game is broken. I’ll try to keep my rage from affecting Songohan And songoku dragon ball Shirtportion as much as possible, but I meant what I said. I actually did have some concerns when I started out playing, because I’ve been on this train before. I committed a lot of time to two previous competitive multiplayer games before this that both fell into ruin. So I know the signs. I was wary of the state of For Honor when I saw it was free to install and keep forever, because healthy games don’t usually pull that. I became swept up in the game so that thought eventually faded. Until now where I’ve been fooled into thinking it would be different for the third goddamn time.My first experience with “doomed” games was an indie moba called Awesomenauts. The details aren’t important but yeah, concept was shit, map design was shit, game went to shit. Haven’t checked back since.