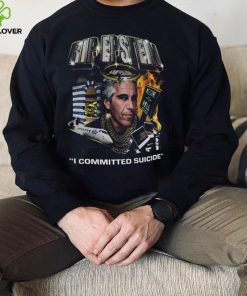 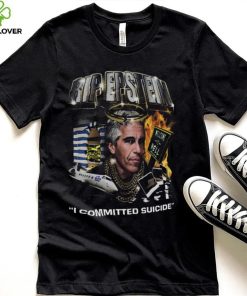 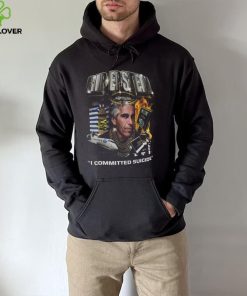 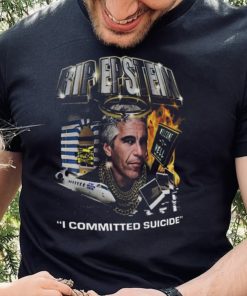 So instead I played in my unit with a small group of friends who also lived in the Rip Epstein I Committed Suicide Shirt. It was my first time playing D&D and that was true for everyone else who played except our DM. Well, where I was doing time was a giant complex with a Medium, Low and a Camp. By this time I was at the low. They already had the Creative Minds Program at the Medium. About 7 months into the Creative Minds Program being tested at the low they axed it over at the Medium and banned some people from playing D&D. The reason was that at the Medium they had the SOMP (Sex Offender Management Program) and apparently some of the inmates in that program were using D&D to do… inappropriate role playing. The people that ran the program also didn’t feel D&D was healthy for those people in treatment because of the fantasy elements and “escapism”. 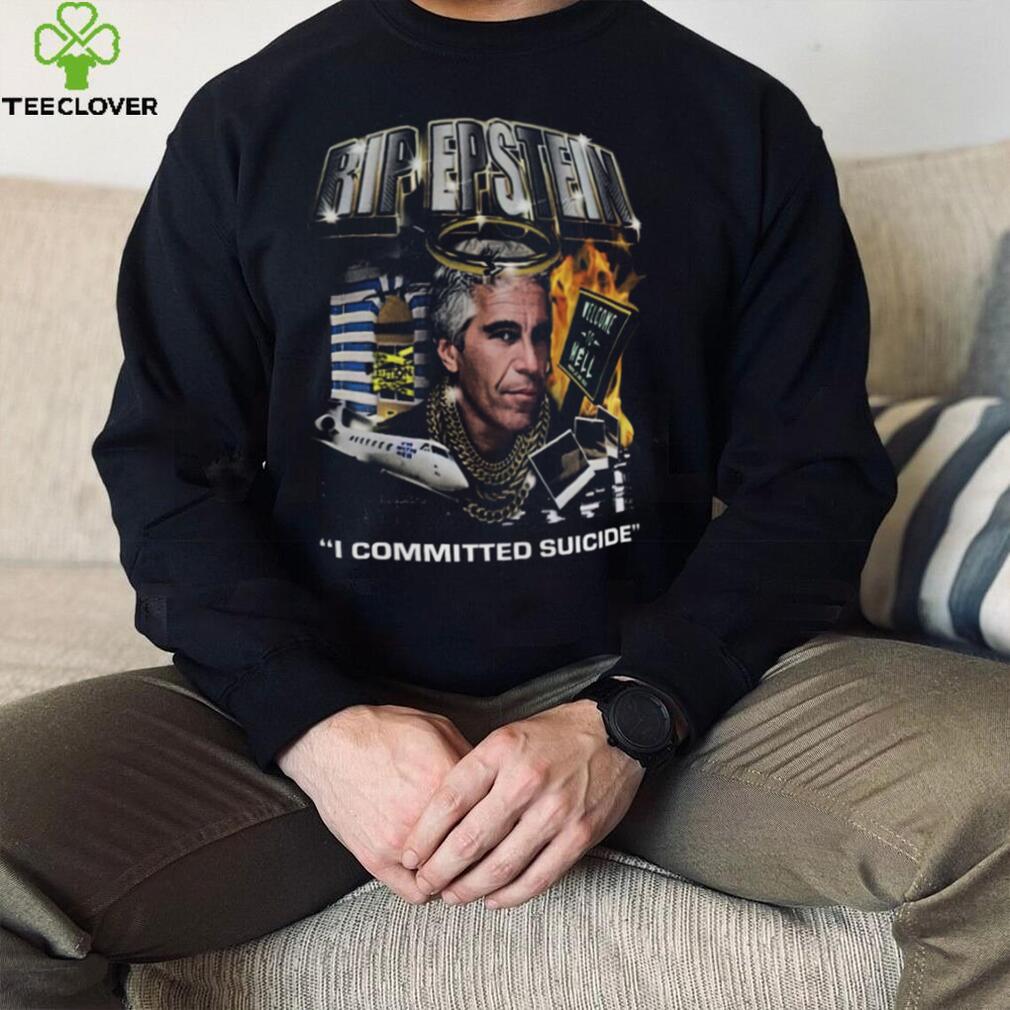 That concludes a “story arc” then you spend another 10 hours or so prepping the Rip Epstein I Committed Suicide Shirt arc, doing the same process but upping the stakes this time, re-using NPCs that survived, and building off how the players resolved the previous story arc. I am now introducing a neighboring kingdom that is at war with their barony. They will now be tested in full warfare against an enemy state. That’s how the next arc in the campaign is developing. Eventually I’ll bring in demons and extra planar nonsense when they hit the higher levels. But I’ll worry about that when we get there.

It’s probably obvious that I don’t advocate Mind Flayers being used as small scale villains. They’re just not that great at being that thing in a Rip Epstein I Committed Suicide Shirt with treasure. Save them for something big. They might have their use as an information-giving NPC, but their powers tend to either mean they can trivially defeat the PCs (if the PCs can’t resist their mental attacks) or the PCs can trivially defeat them (if the PCs can resist those attacks and draw them into melee), so they’re not great for random encounters. If the PCs do make deals with the Mind Flayers, remember the bit about them being alien intelligence and talking in pictures; make those encounters unique. 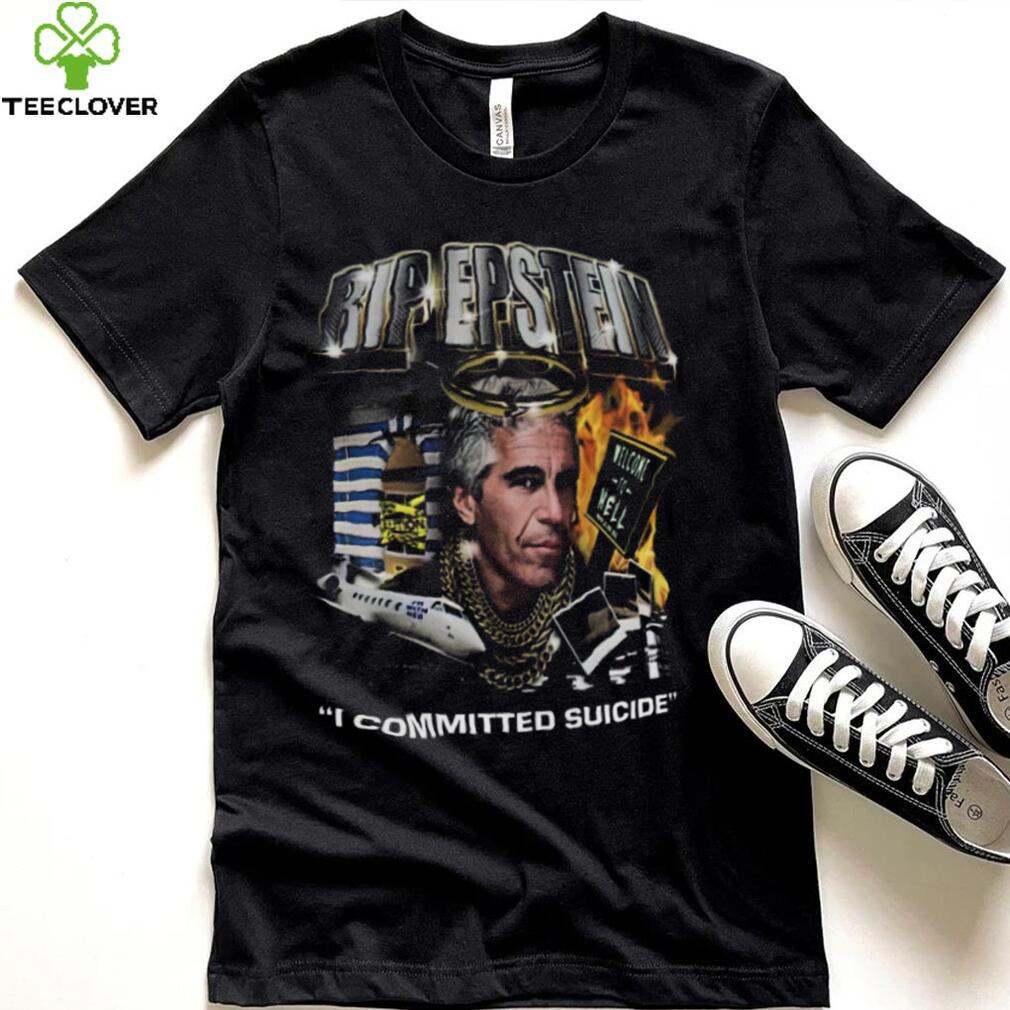 “Night of the Meek” is Christmas Eve. Henry Corwin, a down-and-out ne’er-do-well, dressed in a Rip Epstein I Committed Suicide Shirt, worn-out Santa Claus suit, has just spent his last few dollars on a sandwich and six drinks at the neighborhood bar. While Bruce, the bartender, is on the phone, he sees Corwin reaching for the bottle; Bruce throws him out. Corwin arrives for his seasonal job as a department store Santa, an hour late and obviously drunk. When customers complain, Dundee, the manager, fires him and orders him off the premises. Corwin says that he drinks because he lives in a “dirty rooming house on a street filled with hungry kids and shabby people” for whom he is incapable of fulfilling his desired role as Santa. He declares that if he had just one wish granted him on Christmas Eve, he’d “like to see the meek inherit the earth”. Still in his outfit, he returns to the bar but is refused re-entry by Bruce. Stumbling into an alley, he hears sleigh bells. A cat knocks down a large burlap bag full of empty cans; but when he trips over it, it is now filled with gift-wrapped packages. As he starts giving them away, he realizes that the bag is somehow producing any item that is asked for. Overjoyed at his sudden ability to fulfill dreams, Corwin proceeds to hand out presents to passing children and then to derelict men attending Christmas Eve service at Sister Florence’s “Delancey Street Mission House”. Irritated by the disruption and outraged by Corwin’s offer of a new dress, Sister Florence hurries outside to fetch Officer Flaherty, who arrests Corwin for stealing the presents from his former place of employment. At the police station, Dundee reaches into the garbage bag to display some of the purportedly stolen goods, but instead finds the empty cans and the cat.