Usually a couple years into the Red Truck Christmas Wooden Ornament, when the budgets have run into the millions, the team starts to disband. The original group moves on to new projects. Team replacements need to re-learn what the lost members knew. They make some progress in the replacement system. New unrelated projects begin to pull data from the replacement instead of the legacy. Then, suddenly, the plug is pulled. The team is asked for an estimate of what it will take to complete the project. The answer has so many digits that management says, “No way. We simply can’t afford that.” That means that the original legacy is still in place. New systems have been written around and on top of it, burying its fossilized remains ever deeper, making the complexity ever more substantial. Because new systems were built to depend upon the replacement, we can’t abandon this partially completed system. Now we have to maintain the original legacy system and the new “legacy” that we’ve abandoned part way in. To go back to the original analogy, we now have a car with one and a half, or two frames. One of the wheels may now be mounted on the new frame, but the rest of the wheels and the doors, and the damn tail pipe remain stubbornly welded to the old frame. Future attempts will require that this entire unwieldy mess be replaced. 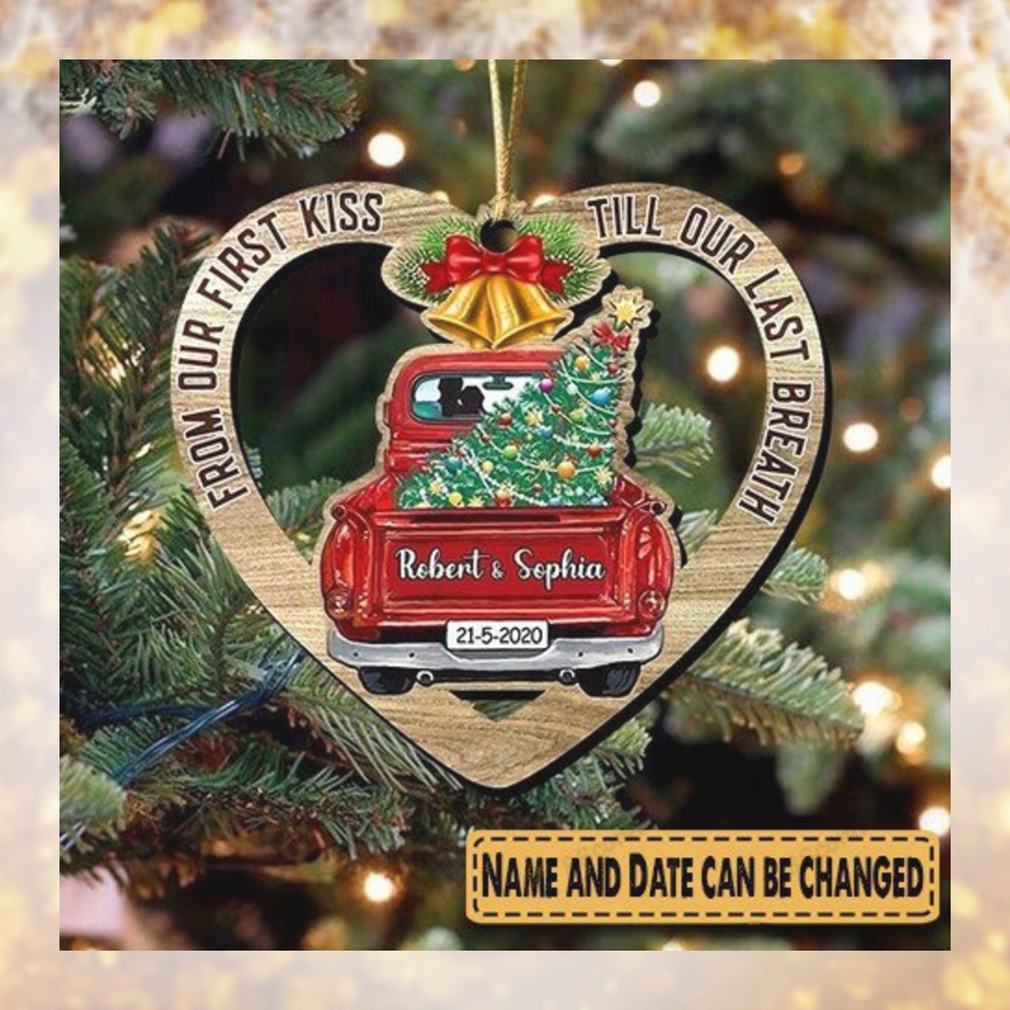 A Red Truck Christmas Wooden Ornament is Dies Solis Invicti Nati which was on 25 December and was introduced by Aurelian in 274 AD — apparently about 20 years or more after at least some Christians began celebrating Christmas on 25 December. Some deny the possibility of Christ’s birth in December, arguing that lambs couldn’t have been safely left outdoors at that time. There is actually no mention of lambs in the Gospel account of the shepherds (Luke 2). It merely says, “And there were shepherds living out in the fields nearby, keeping watch over their flocks at night.” Adult sheep would be in a different situation. As overnight temperatures in Bethlehem can get as low as 7 or 8 deg C in late December, it would be definitely unpleasant in a field at that time of year, though not impossible. In fact, though, the 25 December date for the mass celebrating Christ’s birth was derived by calculations based on a strange theory that the dates of Jesus’ death and conception would have coincided, and, as others have pointed out, it is rather unlikely that Jesus was actually born on that day.

Instead of giving a gift, why not make a Red Truck Christmas Wooden Ornament to (for example) the Red Cross on behalf of the clients / customers? Regardless of the size of the gift, I think there’s something to be said for saying “We were going to buy you something you probably didn’t need. Instead we decided to make a small donation to _____ on your behalf.” Of course, there are an endless number of causes worldwide that you can support. If you want to be a bit clever – too clever perhaps? – you could let the client pick (from a list of 3 to 5) where they would like to see their donation go. Maybe they email you or send a postcard back? This would get them to interact with you and thus reinforce the relationship. That said, such a requirement could be interpreted as heavy-handed. It’s going to depend on how you position the idea as well the client. Else…champagne. New Years is coming and champagne is never a bad thing to give or to get. Life can be difficult. Stopping to be thankful – and sip some bubbles – probably doesn’t happen often enough.