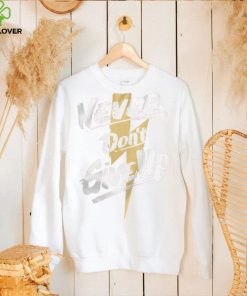 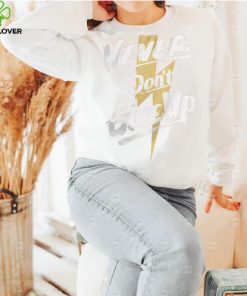 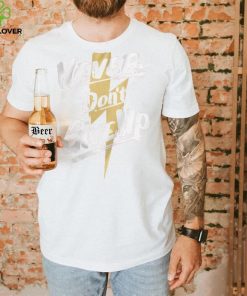 Maybe saying this scene “broke” me is a bit of a Poorly Translated Shirts Never Don’t Give Up Hoodie retch, but it always struck me as so unfair. Through flashbacks, CoS tells of Hagrid’s story. Poor young 14 year old Hagrid was already an orphan with nowhere to really go other than Hogwarts. And Riddle accuses him of killing a girl! I don’t hear many people discussing that fact. More emphasis is always put on how his wand was snapped in half and he was expelled (two other great tragedies of the situation, true). But that’s not the saddest part really. He had to deal with the weight of having the whole wizarding world thinking he could have been responsible for someone’s death! Now, he knew he never let Aragog out of his box, and that Aragog didn’t open any stupid secret chamber. But, I’m sure you can imagine that being accused of murder at 14 years old, whether you knew you did it or not, is life altering! And then, like I said, his wand was snapped and he was expelled from the one place he had to call home. So, maybe this scene should break me and more fans. Hagrid’s story ends happily enough, but wasn’t always that way. 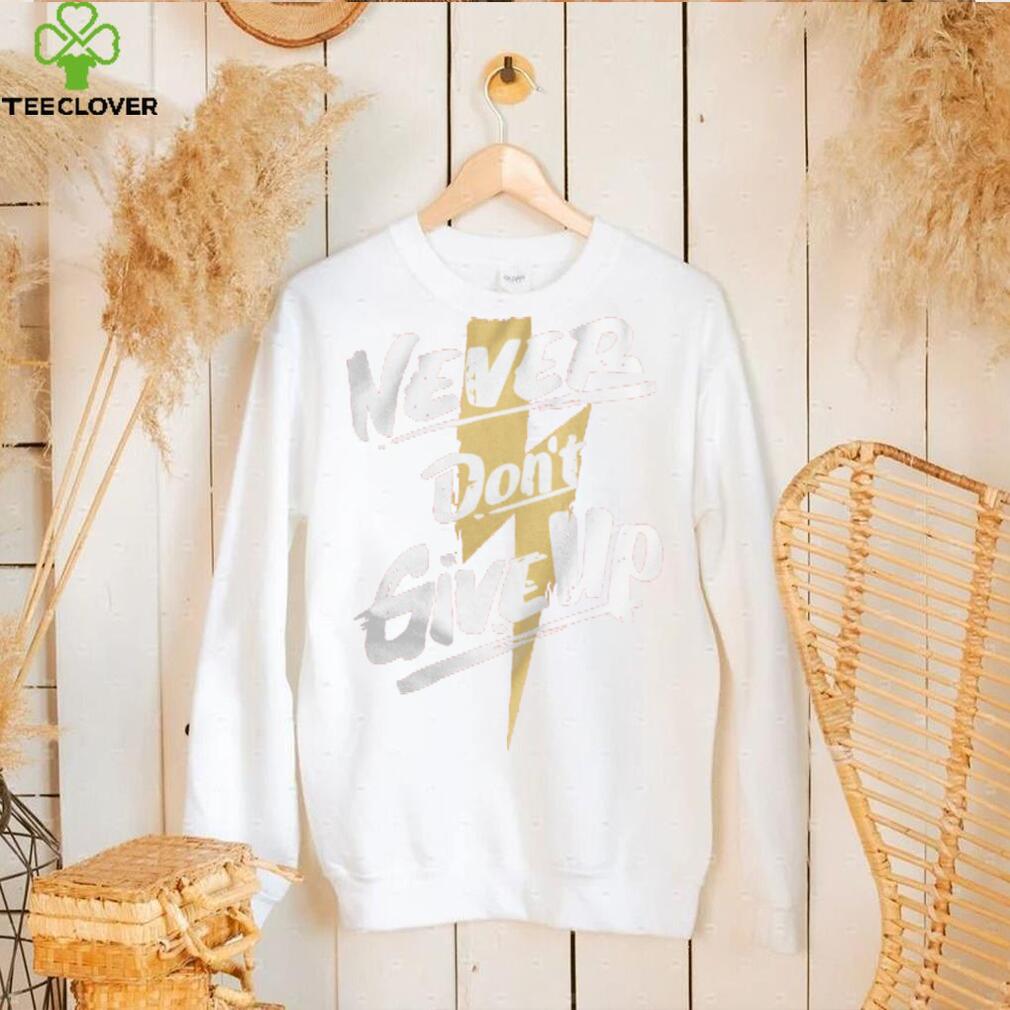 They don’t learn the rules well enough, or they learn them too well. New game matters don’t need to know every rule for every situation, but they should understand the Poorly Translated Shirts Never Don’t Give Up Hoodie mechanics well enough to apply them on the fly when new situations come up. Not knowing the rules well enough leads to delays while someone looks them up–or you end up relying on That One Guy who always knows everything and while that’s a good resource, you don’t want it to become a habit. On the other hand, knowing them too well often leads to inflexibility, and to arguments when the rules simply don’t cover certain actions your players want to take.

Overall, Goblins and Orcs are just people in my campaign. I don’t really treat them differently than I would Elves or Dwarves, I just acknowledge that a lot the Poorly Translated Shirts Never Don’t Give Up Hoodie  two’s cultural traditions aren’t as acceptable to humanoid settlements as the latter two cultures. The result of that is that more Goblins/Orcs end up assimilating and to greater degrees than their Elf/Dwarf counterparts. Someone like Emetta who was raised by a human parent in Laviguer is for all intents and purposes human, especially when you stand her next to someone like Azuch. However, most people looking on will only see two Orcs and treat them both accordingly. Like the Player’s Handbook alludes with Tieflings: Even if you’re not born evil, prejudice and people always assuming the worst can certainly push you there. I use the Volo’s canon that Orcs feel the pull of Gruumsh, and I keep that in mind when I make an Orc NPC. For instance, Faustus feels the pull of Gruumsh much harder than Azuch, but Azuch always listens to the Gruumsh ‘voice’ inside his head, while Faustus refuses. Conversely, Zharukk hears a lot more Grazz’t in his head than Gruumsh, but he listens to the latter far more often. 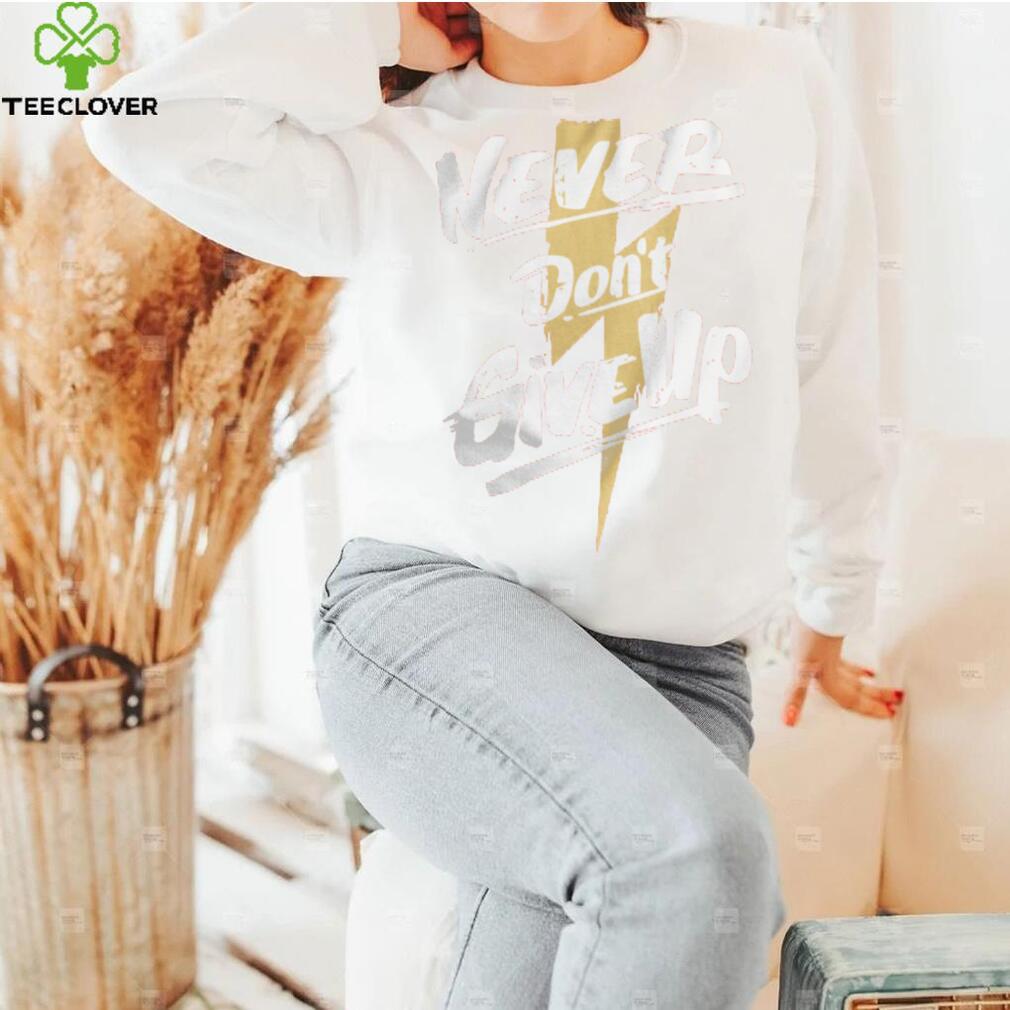 I was just starting to build my flock of chickens from the four I already had (one rooster, three hens) to a Poorly Translated Shirts Never Don’t Give Up Hoodie of ten. I bought six little two day old chicks from the local feed store – assured by the staff that all six would grow to be beautiful hens. Since I already had a rooster – and two roosters rarely get along – so wanted to be sure these were female. I named my chickens after dead movie stars (yes truly… don’t judge) but my Aunt Delores wanted one named after her, so I chose a Golden Phoenix chick and named her “Delores”. When Delores was eight weeks old, I began to have suspicions that she was edging towards a gender change. Delores was quite a bit larger than her step sisters, and was growing a more pronounced comb and longer tail feathers than the typical hen. However, denial is a powerful characteristic, and I tried to convince myself that Delores really WAS a hen and maybe she was just big boned.