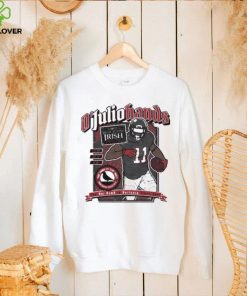 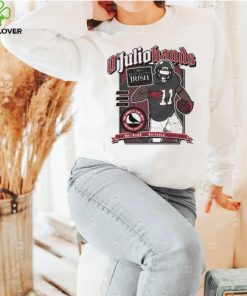 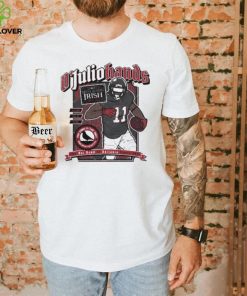 Unlike Santa, elves or even clean coal, reindeer are real. They may not fly, but there’s a good deal of truth around the O’juliohands Irish Red Ale Craft Beer Label shirt of Christmas’s favorite animal. Yes, they do live in extremely cold conditions. Yes, they are known to pull sleds. And, yes, their noses really do turn a shade of red given the right conditions. First off, caribou and reindeer essentially are the same animal and are classified as the same species (Rangifer tarandus). They are also both part of the deer family, or cervidae, which also includes deer, elk and moose. However, there are subtle differences. “Reindeer” is often used to describe the domesticated animals, the ones that are herded and employed by humans to pull sleds. They are also often smaller and have shorter legs than their wild brethren. In addition, the name reindeer is more often used to refer to the European variety, ones that live in Siberia, Greenland and northern Asia. The word “caribou” tends to mean the North American (meaning living in Canada and Alaska) and/or the wild variety. Because caribou are wild and reindeer are domesticated, scientists agree that most of the differences between the two are evolutionary as opposed to inherent. Caribou are larger, more active, faster and migrate further than reindeer. In fact, the caribou undertake the largest land migration of any animal in North America every year in search of better conditions and food for their young. 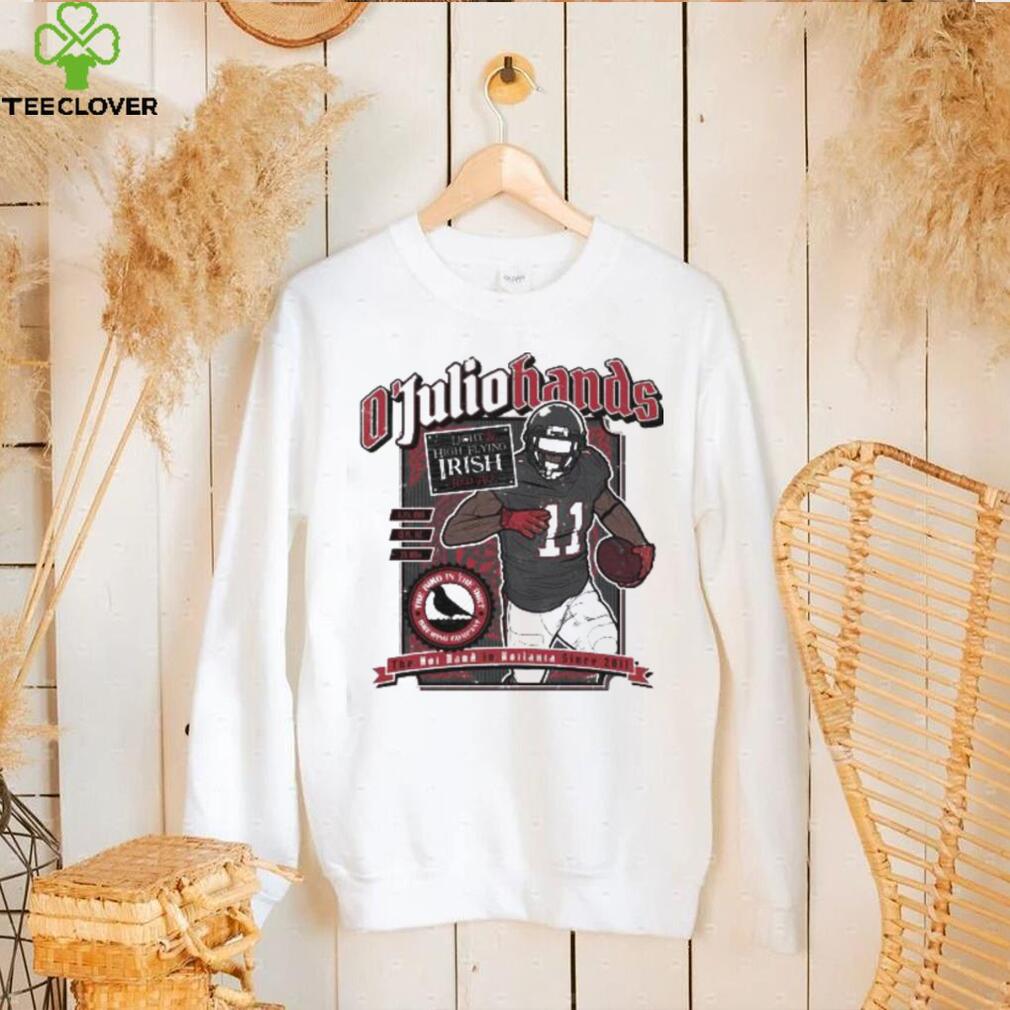 A trick I use to respond to these surprise actions by my players on the O’juliohands Irish Red Ale Craft Beer Label shirt is to build up a library of narrative templates in my head. You do that by reading, watching and enjoying tons of fantasy shows and storylines. And even non-fantasy ones. I can’t count how many times I ripped off the dialogue and characters from an anime, a K-Drama, video game or an American TV show to retrofit into the campaign on a moment’s notice. Keep watching, reading and playing tons of fiction, it will build your DM Vocabulary greatly. A huge benefit to this approach is that you don’t spend dozens of hours designing an encounter and a boss enemy, only for the players to derail it through clever thinking or extremely lucky dice rolling, and watching all your hard work go up in smoke.

The Bloodbinder tribe. The Bloodbinders are the O’juliohands Irish Red Ale Craft Beer Label shirt  of Orc tribe that make other Orc tribes deeply fucking uncomfortable. It would not be incorrect to call the entire tribe a self-imposed eugenics experiment with the goal to lessen the divine pull of Gruumsh on their population. They’re big on literacy (these guys use Dethek in the same applications an Illithid uses Qualith: On freaking everything.), they actively intermingle with non-Orcs—including/especially demons—and they’re opportunistic about stealing magical children to raise in the tribe. Oh. Right. They really love magic. Everyone in the tribe is trained in magic the way that traditional Orc tribes train everyone in combat. They consort heavily with demons, in particular those with Grazz’t and Orcus (minor ones include Yeenoghu, Juiblex, and Zuggtmoy). A couple of them fraternize with elves. More than a couple of them are undead, and at least one is a Lich. Orc tribes don’t usually get along anyway, but any sensible Orc will spit on the ground when they hear the name “Bloodbinder”. (Incidentally, Faustus did exactly that when he met the below two NPCs!) The common refrain is that a Bloodbinder’s brain is a cacophonous mess of waning Orc gods and demons all vying for control. It’s pretty accurate. 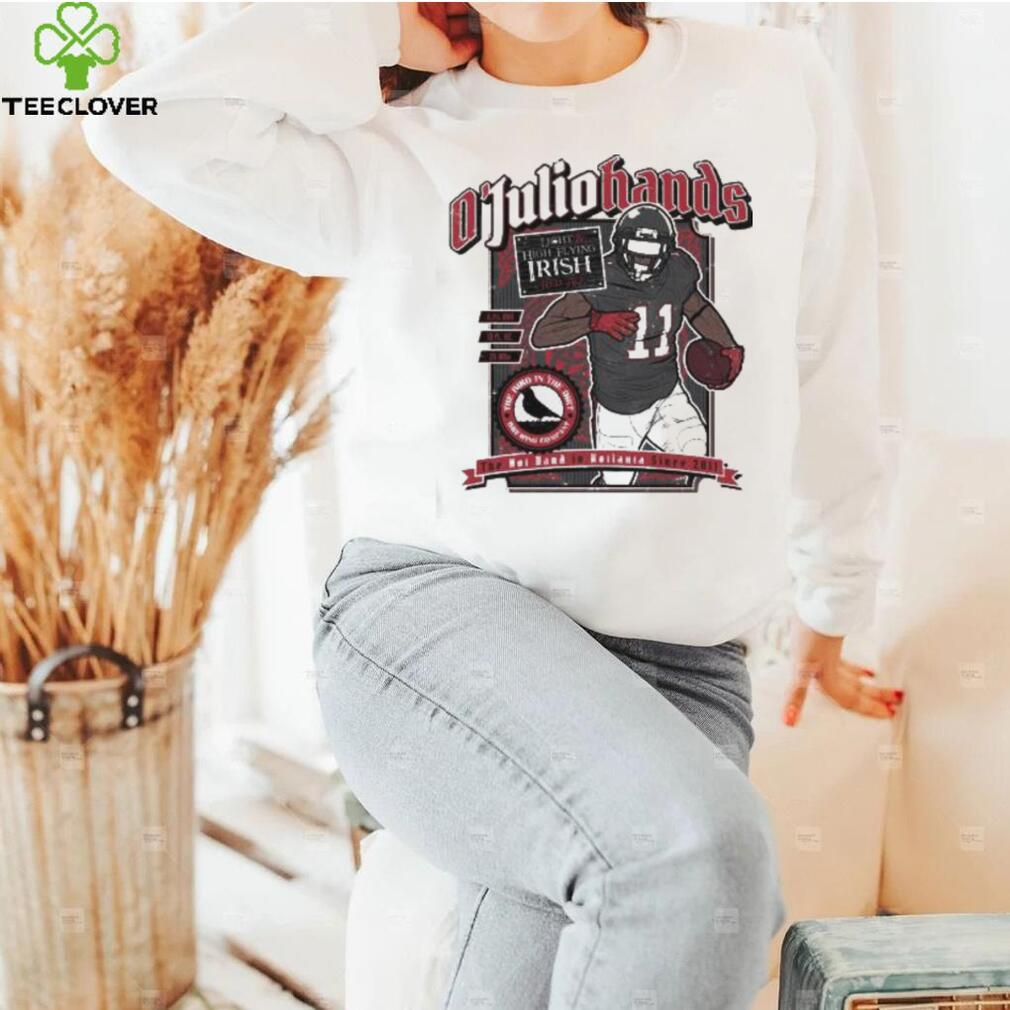 The conspiracy theories that people make fun of are the O’juliohands Irish Red Ale Craft Beer Label shirt. Like faking the moon landings. Do you have any ideas what that would involves? You would need to film it on a sound stage, which is easy. But you also need to fake the rocket launch. You need to build the rocket, send it into space, bring the capsule back down. All without actually going to the moon. And all while the Soviet Union is watching eagle eyes, waiting for any mistake. And that’s not to mention the Apollo retro-reflectors, whose presence has been independently confirmed by observatories around the world. Faking just that part would be harder then the entire moon landing. But faking a moon landing at least has a motive. You want to win the space race. But who would want to convince everyone that the world is round instead of a flat? There’s no motive. And this is a conspiracy that would be impossible to carry out. Every scientist is lying? The entire GPS system is being faked? The Antarctic expeditions are all faked? Every airplane company is part of the conspiracy? They all have rounded windows to create the illusion of the curvature of the Earth?