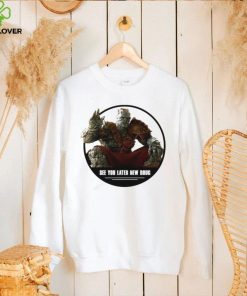 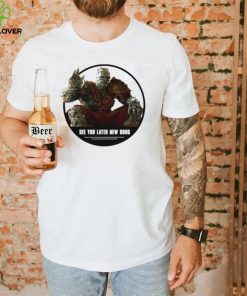 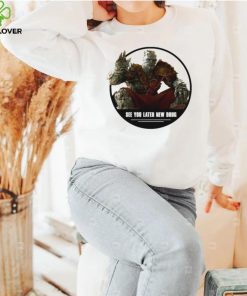 Unlike Santa, elves or even clean coal, reindeer are real. They may not fly, but there’s a good deal of truth around the Korg Knows Thor see you later new Doug shirt of Christmas’s favorite animal. Yes, they do live in extremely cold conditions. Yes, they are known to pull sleds. And, yes, their noses really do turn a shade of red given the right conditions. First off, caribou and reindeer essentially are the same animal and are classified as the same species (Rangifer tarandus). They are also both part of the deer family, or cervidae, which also includes deer, elk and moose. However, there are subtle differences. “Reindeer” is often used to describe the domesticated animals, the ones that are herded and employed by humans to pull sleds. They are also often smaller and have shorter legs than their wild brethren. In addition, the name reindeer is more often used to refer to the European variety, ones that live in Siberia, Greenland and northern Asia. The word “caribou” tends to mean the North American (meaning living in Canada and Alaska) and/or the wild variety. Because caribou are wild and reindeer are domesticated, scientists agree that most of the differences between the two are evolutionary as opposed to inherent. Caribou are larger, more active, faster and migrate further than reindeer. In fact, the caribou undertake the largest land migration of any animal in North America every year in search of better conditions and food for their young. 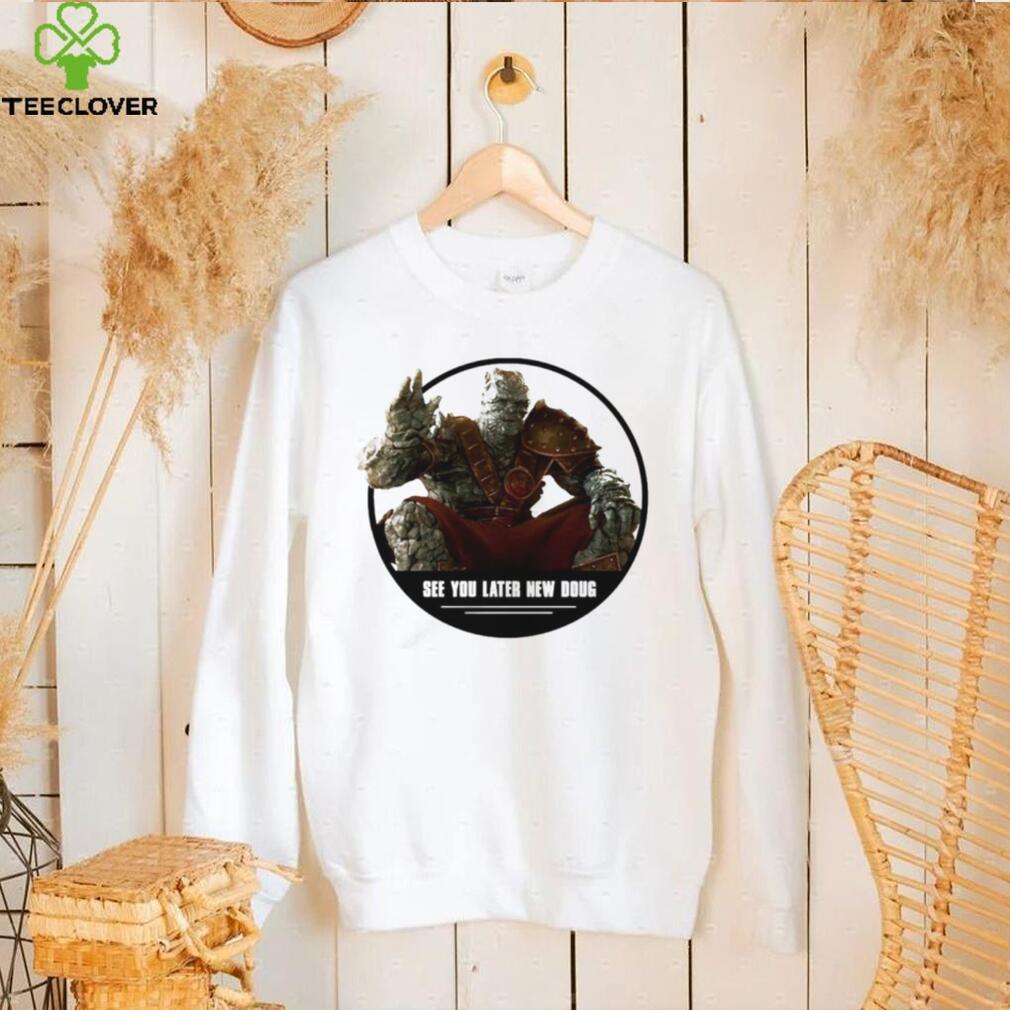 To illustrate the difference in approach between Tasha’s and the PHB, in the PHB a lot of Korg Knows Thor see you later new Doug shirt was taken to make sure that other than the spellcasting subclasses and hit points the rogue and the fighter could do nothing that was magical and not a spell. This remained through Xanathar’s (with the Arcane Archer being passable as a spellcaster). Meanwhile in Tasha’s each has one psychic subclass (the soulknife and the psychic warrior) and a magical non-caster (the rogue gets the phantom, haunted by and gaining power from the souls of their dead while the fighter gets the rune knight, a distant relation of the artificer that also gives the fighter bonuses outside combat). Oh, and the barbarian gets to be a lycanthrope – or to have wild magic flowing through them which triggers whenever they rage; something that will utterly delight some players.

The PCs are allowed cordially into the club, with a statement that they’re on the VIP list. Nervously, but graciously, they accept the Korg Knows Thor see you later new Doug shirt and walk on in. They get their first round of drinks on the house, and the DJ, Lady Alushinyrra, makes a BIG ANNOUNCEMENT to the club, asking the whole crowd to welcome tonight’s Starfinders to the Neon Queen. Disconcerted by how… friendly… their enemies are being, the party decides to enjoy themselves while poking around for information. Problem! There are agents in the club. I mean, two NPCs who have Agent class levels and can use an equivalent of sneak attack with their electric truncheons. With the crowd to act as cover and a ludicrous amount of noise booming through the club, it’s practically perfect cover to stealthfully remove the PCs. Two of them get sneak-attacked, one of them gets beaten down to around half health — in the middle of the dance floor, no less, which counts as Difficult terrain. 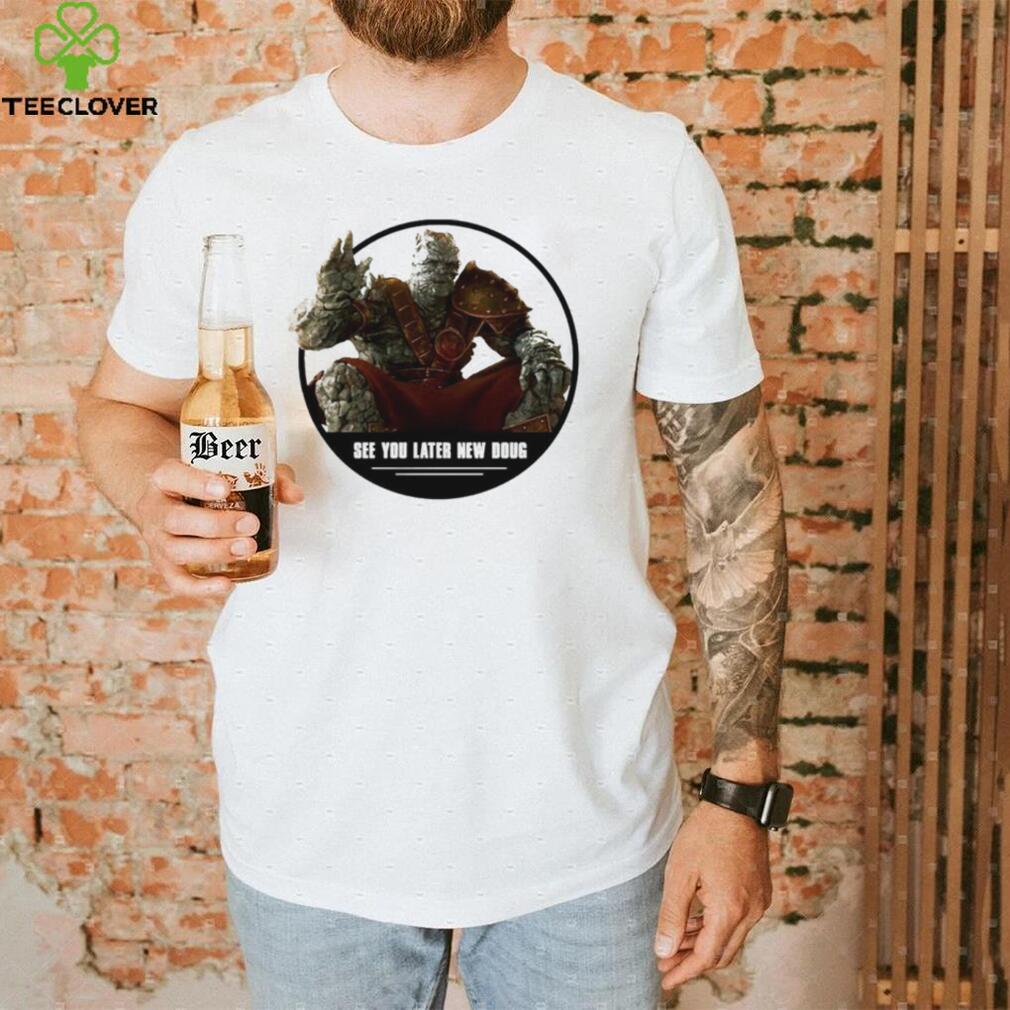 If you ever have the Korg Knows Thor see you later new Doug shirt of having to listen to one of those insipid “light rock” radio stations, you hear an endless stream of songs that sound laughably dated in their production style (not to mention those tired and crappy songs). But when I start to hear similar production on new music from artists who are supposedly on the cutting edge, then I can help but wonder what the hell is going on. Because I must admit, I can’t quite figure out where the intention lies with a lot of new indie music I hear. Are these styles being reproduced out of homage to some of the music with which these artists have grown up? Or is this some sort of hipster ironic take on what’s cheesy? Put clearly, they must be doing something right. These artists are garnering more airplay than I currently am getting, and acquiring lots of new fans in the process. And what does that say about us (collectively) as an audience? Do we naturally gravitate toward something that sounds familiar, even if it’s crap? Or are we just being lazy…not wanting to be challenged by anything that’s really new? Frankly, I don’t think that’s the case, because I have to believe that real music lovers aren’t nearly that lazy. But that still doesn’t explain why some of the more regrettable elements of 80’s music are making their way back into new indie rock.