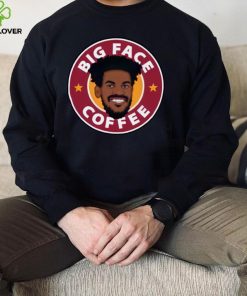 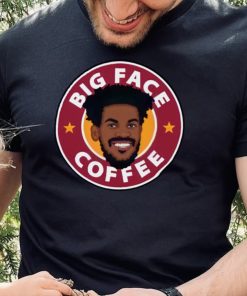 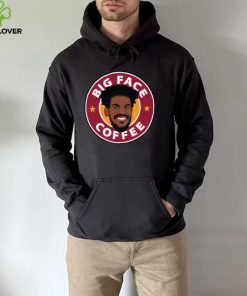 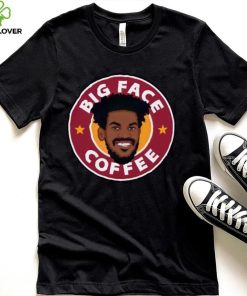 When I was quite small, my family were Jehovah’s Witnesses. My big brothers remembered their Catholic beginnings, they remembered magical Christmases. My little brother and I did not, we’d never been Catholic yet. We used to get very sad that all of our friends had lovely Christmas or Hanukkah, and we did not. We’d pout. My big brothers tried their best to console us. Our best friends lived across the Jimmy Butler Big Face Coffee . Their dad was not home much, but he was a very stern man. He had quite the temper (when we grew up, we realized that he was always drunk, but when we were small he was just scary). He had a Doberman called Rex who we were all also terrified of. One year, I’m probably four or five, we’re sitting in my brothers’ room wistfully staring out the window at our friends playing with their new toys, wearing their Christmas sweaters, all that. The oldest two brothers, maybe trying to console us, convince us that we do not want Christmas at all. They tell us that Scary Dad is Santa Claus. They tell us that Rex the Doberman is actually Rudolph. Would we really want Rex landing on our roof? Would we really want Scary Dad judging whether we were naughty or nice, and sneaking into our house while we slept? 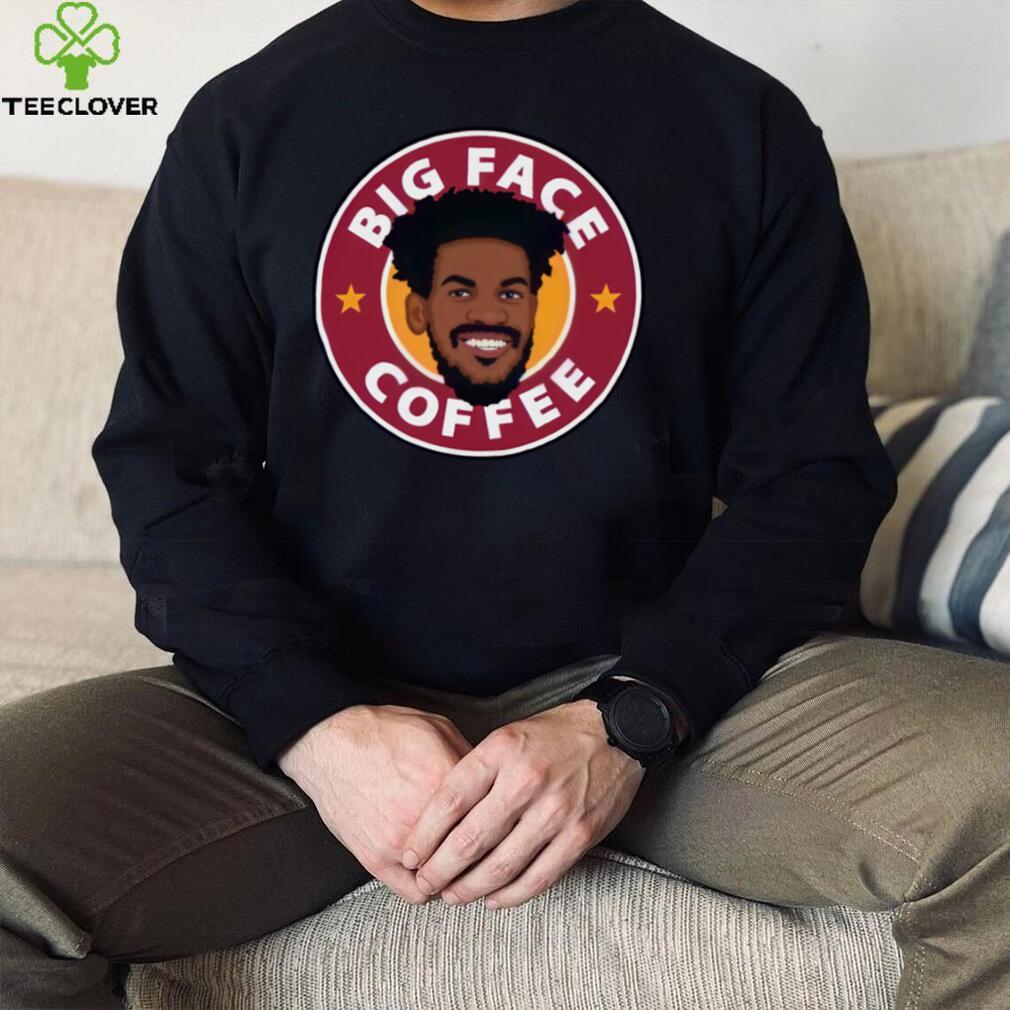 Both were tremendous multi-sport athletes. Brown excelled at football, baseball, basketball, track and lacrosse. In high school, Brown earned varsity 13 letters in those sports. Brown still holds several NFL records and he did it all in only nine years of playing for Jimmy Butler Big Face Coffee  the Cleveland Browns. Brown is in THREE halls of fame. The Pro Football, College Football and Lacrosse halls of fame. Deion was a great player in the NFL for five team, the Atlanta Falcons and Dallas Cowboys among others, and a great college player at Florida State. He played Major League Baseball for four teams, including the Cincinnati Reds and Atlanta Braves. Like Brown, Sanders in the Pro Football and College Football halls of fame, but it’s doubtful he’ll make Cooperstown. But it wasn’t for a Jimmy Butler Big Face Coffee of trying (except when he was on the Yankees). My nod goes to Jim Brown as he dominated in everything he did. Deion was great, but he was more interested in putting on a show or being a hot dog than he was a team player.

Only three of the 2957 Plymouth dealers in 1999 were not also Chrysler dealers, so very few dealers were impacted by the decision to streamline the Jimmy Butler Big Face Coffee. And many of these 2957 also sold Dodge, so they could easily show the Dodge versions to interested buyers who did not want the Chrysler trim levels. When Mercedes evaluated Chrysler after the acquisition in 1998, the Plymouth brand was a logical sacrifice to save money and give the remaining brands unique attraction. Unit sales had been low for over a decade, less than half the equivalent Dodge model volumes, and the corporate executives calculated some level of network efficiencies to be had from canceling the Plymouth brand and streamlining the portfolios. After a year of internal discussions, the decision to end Plymouth was announced in November 1999. The last Plymouth brand Neon vehicles were produced in June 2001. The remaining brands had distinctive positions: Dodge (standard, performance), Jeep (SUV, fun), Chrysler (American luxury), and Mercedes (specialized European luxury), plus the super-luxury Maybach brand. 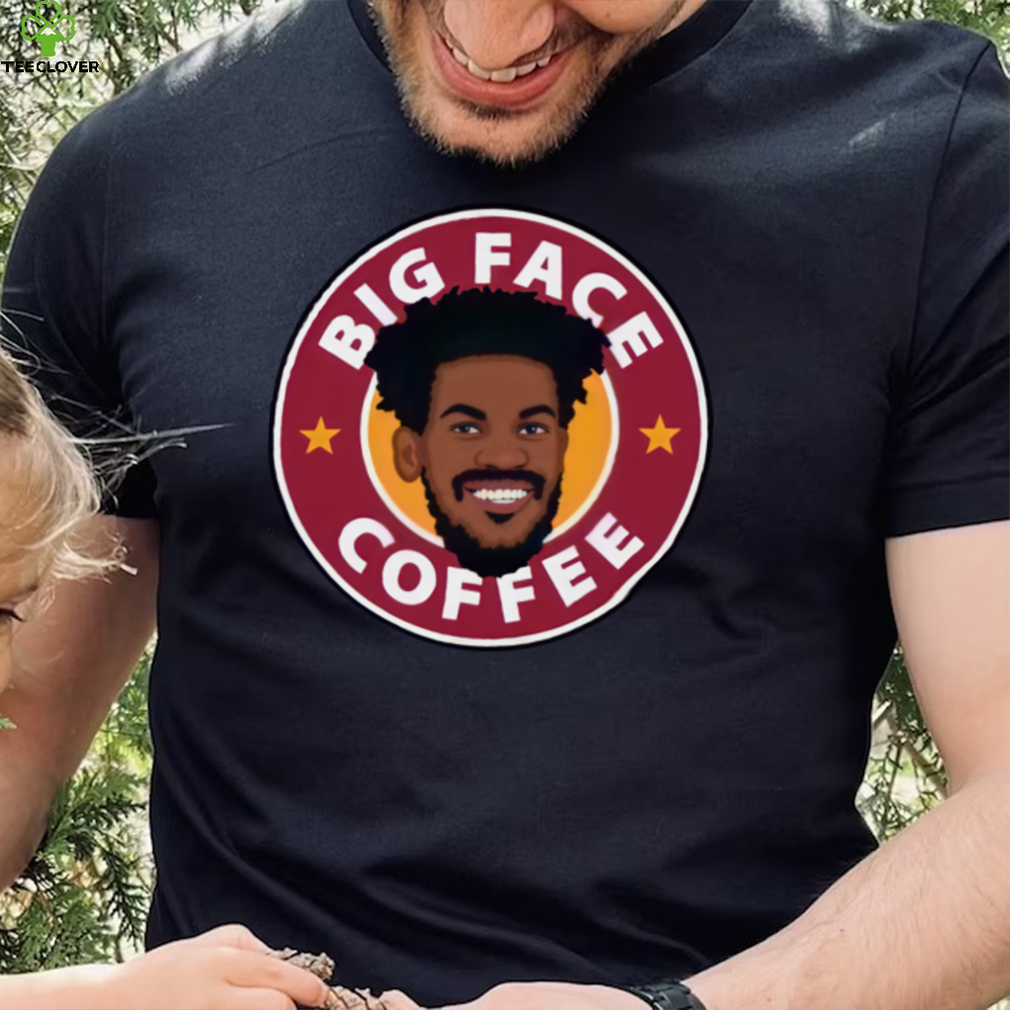 IMHO I have no issue with holiday displays but in the United States of America we have specific rules that forbid “law respecting an establishment of religion, or prohibiting the Jimmy Butler Big Face Coffee exercise thereof”. If the display does not favor any one religion over another then it is perfectly acceptable to display it even by governmental offices IMHO. The worlds religous make-up according to the 2012 World Factbook… Christians (28%) Muslims (22%) Hindus (15%) Buddhists (8.5%) Non-religious (12%) By including equally sizing and prominent displays to these religions (and non religion) you could easily accommodate 85% of humanity. It would also be very easy to add a collection of smaller items from the 10 next smaller religions. The above is the only way I can see justifying such a display on public spaces or government property.