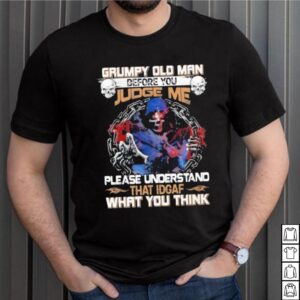 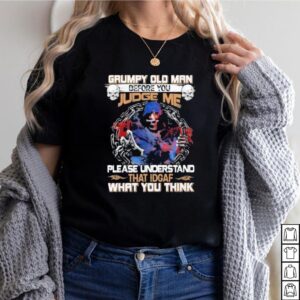 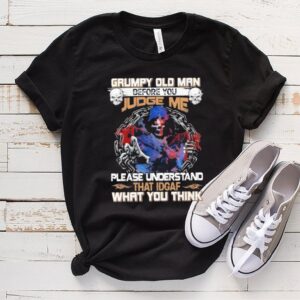 Does this show need to “enhance” the main series? These are contained stories. Grumpy Old Man Before You Judge Me Please UNderstand That IDGAF What You Think Skull Shirt can be like WWI, whereas Game of Thrones could be like WWII. You have the same kingdoms/countries but different events took place with different characters and outcomes.Actually, I think a hypothetical Robert’s Rebellion series would fit as the WW1 analogy better if Game of Thrones is WW2. Since the events of WW2 was like a direct sequelI think if you liked GoT, you’ll like this series as it has what drew people to the main series. It will have more dragons, but also the human characters that people were drawn to and the political intrigues that made people fervent supporters of one side or another. I’m already guessing there’ll be two characters that audiences will either love or hate, depending on which one they are drawn to first.

I would agree if we were seeing Robert’s Rebellion which directly plays into the Grumpy Old Man Before You Judge Me Please UNderstand That IDGAF What You Think Skull Shirt  show but this is based on history that took place hundreds of years before. It really has nothing to do with the original storylines at all except a few Easter eggs.Honest question. Am i a racist for wanting coryls to be white? The velaryons have a long history of interbeeding with the pale targaryens, it just seems out of the blue that he is the character they choose to cast as black. Dont get me wrong, im for diversity. Perhaps a sellsword under daemon. Or a member of the triarchy. Or a member of the iron bank and house rogare. It would be so much more interesting if races had actual meaning in difference of cultures. It would be the same if grey worm was casted as white. I would be not very happy.It’s not really that kind of prequel though. This is hundreds of years earlier and is just its own thing, while the Star Wars prequels were direct setup for the original trilogy.