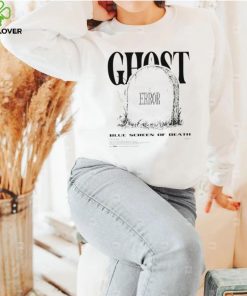 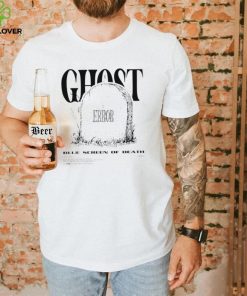 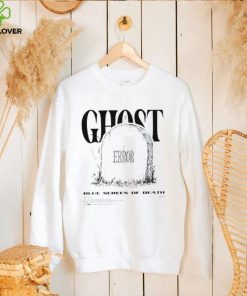 If it is a family gathering and you are part of the Ghost error blue screen of death shirt, try to show up and be with the family, then duck out and be Santa, then get out of costume and return to the party with as minimum fuss as possible. Also, have the photographer, there is always one in the family, take a couple of shots of you during the night to keep the illusion alive that you were there when Santa came calling. When Santa leaves, everyone says good bye inside and Santa goes out by himself so as not to spook the reindeer. Although I never did this I just thought of something fun if the party is at a house. Tie a long string with loud reindeer bells and drape it over the house. When Santa leaves and the door closes, he could run over and jerk on the string a few times so it sounds like the reindeer are on the roof at the back of the house. Maybe one of the adults could catch a glimpse of “Ol Saint Nick” flying away and try and point it out to the kids. 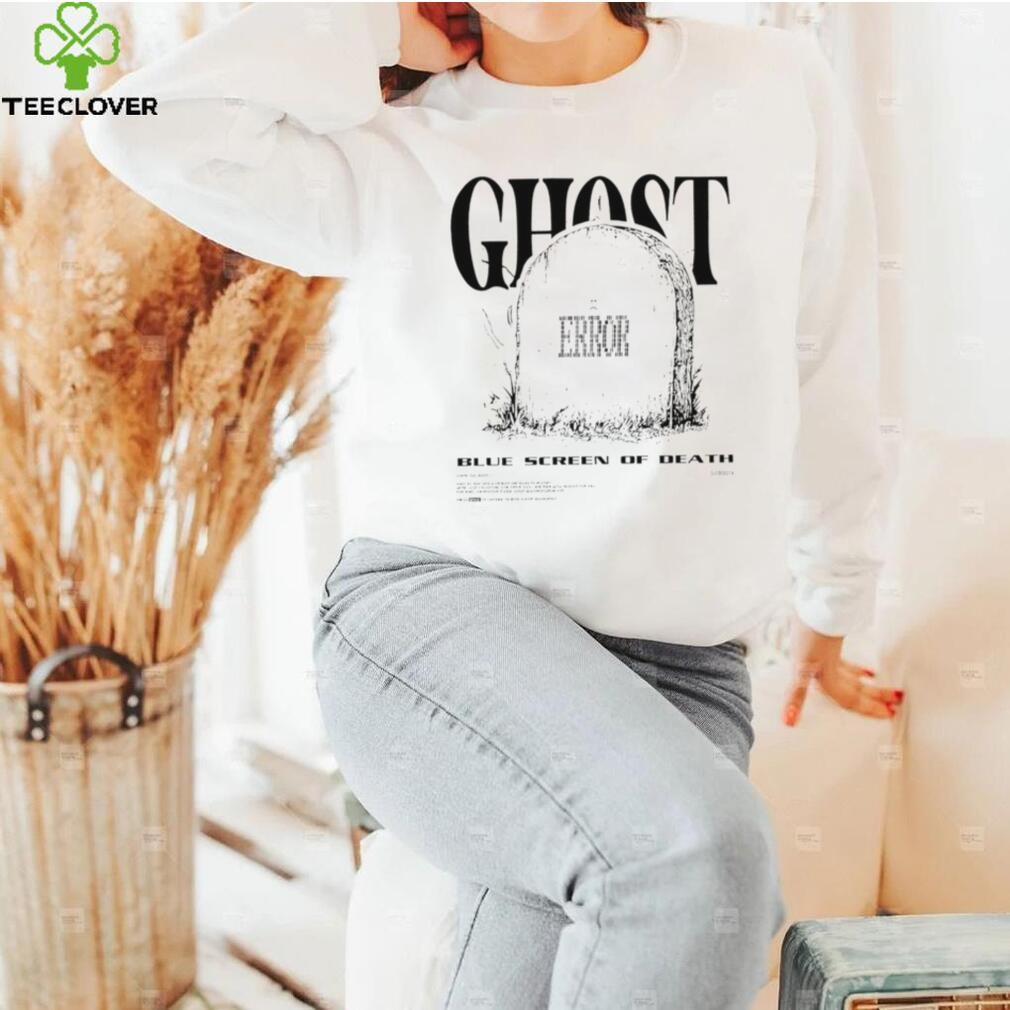 The heavy-hitting tiering feels good in some situations. Beating up a low-level mob feels great with the Ghost error blue screen of death shirt hit system, and it’s easy to judge exactly how much harder or easier an enemy is based on its level. However, it also renders a lot of monsters as-written rigidly impractical at a lot of different levels of play, such that an impetus exists for creating multiple variations of nearly every basic monster for every level. Maybe the most problematic thing, though, is Skill DCs, as the spread of Easy/Medium/Hard DCs each level also keeps changing and necessitates a reference table. It really sucks to deal with.

There are about 300 Wizard Spells In the PHB. I have another 100 home brew spells released into my campaign (play tested). Xanathar’s has another 68. That’s around 500 Wizard spells. No way could all these spells ever exist in the same place at the Ghost error blue screen of death shirt. You could shake the heaven and earth and it just won’t happen. Once Wizards get big time, they start piecing all the spells together, into their spell books like puzzles. But the puzzle could never be compete. It’s like playing D&D  you never really finish. Special Hidden spells and Homebrew: There are Wizard spells and then there are Wizard Spells. The special spells are well hidden  in a separate special spell book. When Wizards go to trade and exchange spells they never divulge all. Of course, they will keep their special spells on a separate list, scribed in a special book never to offer others: secret. This way, a powerful Wizard can hope to have at least a few spells other Wizards don’t have. If a spell is specially researched or homebrewed, for example  you can bet that spell is kept secret and never exchanged with fellow Wizards  not for mere gold, over handshakes or over noon tea. 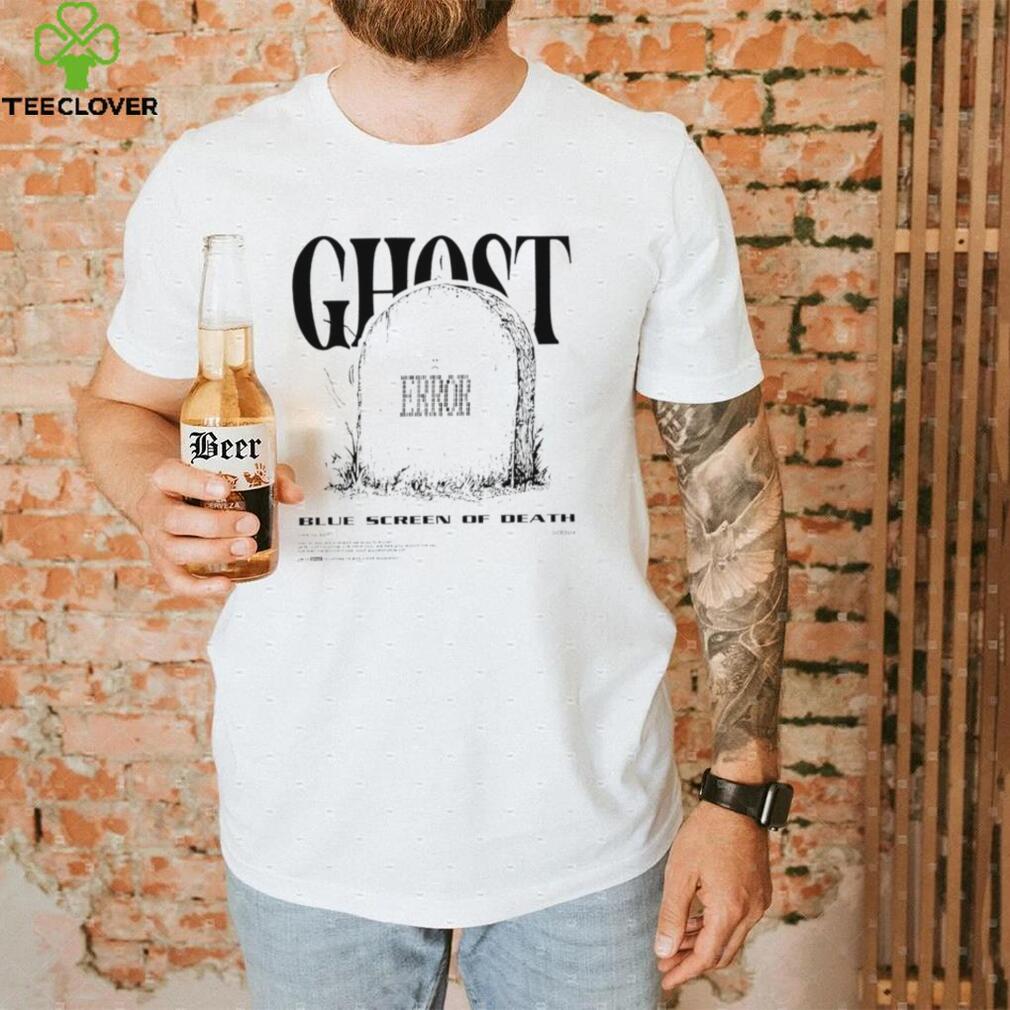 Delores, at ten weeks old, was quickly getting integrated into the Ghost error blue screen of death shirt of the flock. Because these six little chicks started out in an aquarium with a heat lamp in my study, then moved to a large hamster cage, then finally outside in a cage kept inside the barn, the grown chickens had all slowly acclimated to seeing Delores and his sisters. However, the first few times I put the babies in the open with the hens, I cautiously supervised the meeting. There was blustering and a little pushing by the big chickens – similar to what you might see on a junior high playground the first week of school – but nothing too severe. Once when the largest hen, Joan Crawford, pulled at Delores’s tail, he ran to me and flew into my arms – but when I scolded Joan and she stalked off to pout, Delores was brave enough to go back and try again. The pecking order shook out fairly easily within a couple days, with Delores towards the middle.