Now Trinidad has another special Christmas. A week before colorfull musical groups start marching all around the Florida Gators NCAA Jesus Christ Hug Christmas Ornaments, playing the typical traditional Parang music (Only for Christmas, and traditionaly in an ancient Spanish language) They also collect their share of the typical foodstuff prepared on Christmas: Black Cake (Don’t drive after eating it, hahaha) and the giant ham, heavily spiced and in the oven for eight hours, carrying the scent of Christmas allover. Family members living far, come only once a year. on Christmas. Spanish Christmas in the traditional villages is very special also. The streets are decorated and big mangers allover. One feels like turned back 500 years in time. And the Christmas tree, now seems to have reached all corners of the world. Even in Turkey the town of Bodrum was decorated, and lighted with trees allover. I had a very impressive view over the lighted town from the castle (where I was staying a few weeks) There are hardly any Christians living there and there are also no tourists in winter. Still there was a big christmas market. And I had a medival Christmas dinner right in the old castle hall, with my Turkish friends. 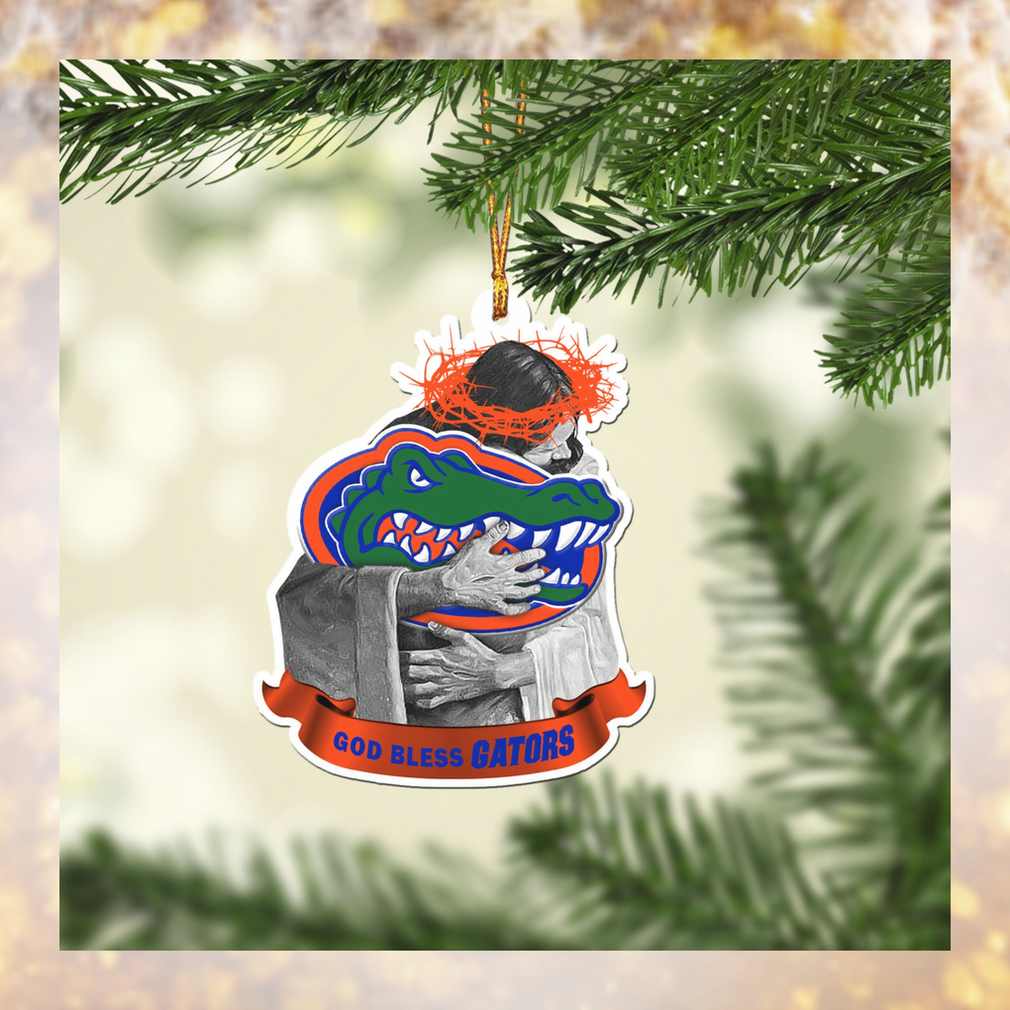 A likely decline in the Christmas TV lineup. Even when trapped in the Florida Gators NCAA Jesus Christ Hug Christmas Ornaments for days on end, most people have enough devices to avoid having to interact in this archaic way. If the economy picks up, more people will travel. And of course the end of Christmas high street/main street shopping, in-person retail just won’t survive, unless there’s a physical need to go to a store. Less and less people attend family services, a trend that has been going on for decades. Municipal councils can stem the tide of decline by bringing in parades, rides, markets, beer gardens, outdoor skating, a petting zoo, fireworks, street dj nights, park concerts etc and after Christmas, they can create central places to recycle trees, paper, boxes, and sales for unwanted toys, charity drives etc Bring those leftovers to the homeless, and failing that, the municipal composting program. The holidays are a good time for groups to suspend their normal rules, let some hair down and make a real difference to people, the excuse, it’s Christmas. One of the UK supermarkets turned their awning into a light tunnel that received tens of thousands of visitors, and got lots of good press. Staff are usually willing to make the effort, and management are keen to do something, it’s a matter of co-ordinating and making it happen. Rather than indulging in more selfish office practices, you could actually boost the community and get more people through the door instead. For private firms, open days are a brilliant idea too, you can combine it with recruitment to create an informal jobs fair, very handy at the holidays as lots of people become unemployed at this difficult time.

The MSFT story is that all Bill did was rip presentations apart, so ScottG was nervous. He said that Florida Gators NCAA Jesus Christ Hug Christmas Ornaments happened in April/May of 1998. In a world where no one didn’t get yelled at in a BillG presentation, ScottG said that the feedback was along the lines of “Yes, why are the other groups not doing stuff like this?” ScottG said that they were told afterwards about a group working on the Next-Gen of Windows Services. According to ScottG, this is where the .NET group came from. ScottG actually assigned a guy to do performance testing pretty early on once they started to put the display technology on top of the next generation windows services. They go to 5 requests/sec, then 8, then 10, and on and on until they got to something they felt was a respectable performance load. They also worked on this across cpus, so they had a feeling about how things would work in a multi-cpu environment. Obviously, multi-cpu and multi-core has changed much since then, as has the framework changed.