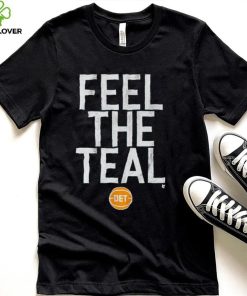 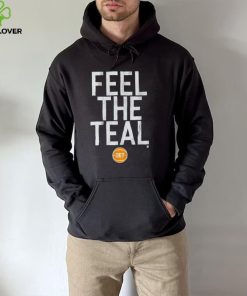 In the AD&D Monstrous Manual, this is what it says about a lich’s phylactery: “The phylactery, which can be almost any manner of Feel the teal det shirt, must be of the finest craftsmanship and materials with a value of not less than 1,500 gold pieces per level of the wizard.” It barely makes mention of it in there. But Ravenloft was a great example of how varied a phylactery could be, especially since demons also had phylacteries in that setting. Some examples of weird phylacteries in Ravenloft: Azalin’s was a 200 lb gold plated dragon skull. Elsepeth the succubus had a stuffed doll as a phylactery. Hazlik essentially has a phylactery, in that he has a pendant that his life force will retreat into if he dies. A demon named Drigor had a model of a quill pen crafted from gems and marble as a phylactery. A trick I use to respond to these surprise actions by my players on the Feel the teal det shirt is to build up a library of narrative templates in my head. You do that by reading, watching and enjoying tons of fantasy shows and storylines. And even non-fantasy ones. I can’t count how many times I ripped off the dialogue and characters from an anime, a K-Drama, video game or an American TV show to retrofit into the campaign on a moment’s notice. Keep watching, reading and playing tons of fiction, it will build your DM Vocabulary greatly. A huge benefit to this approach is that you don’t spend dozens of hours designing an encounter and a boss enemy, only for the players to derail it through clever thinking or extremely lucky dice rolling, and watching all your hard work go up in smoke. 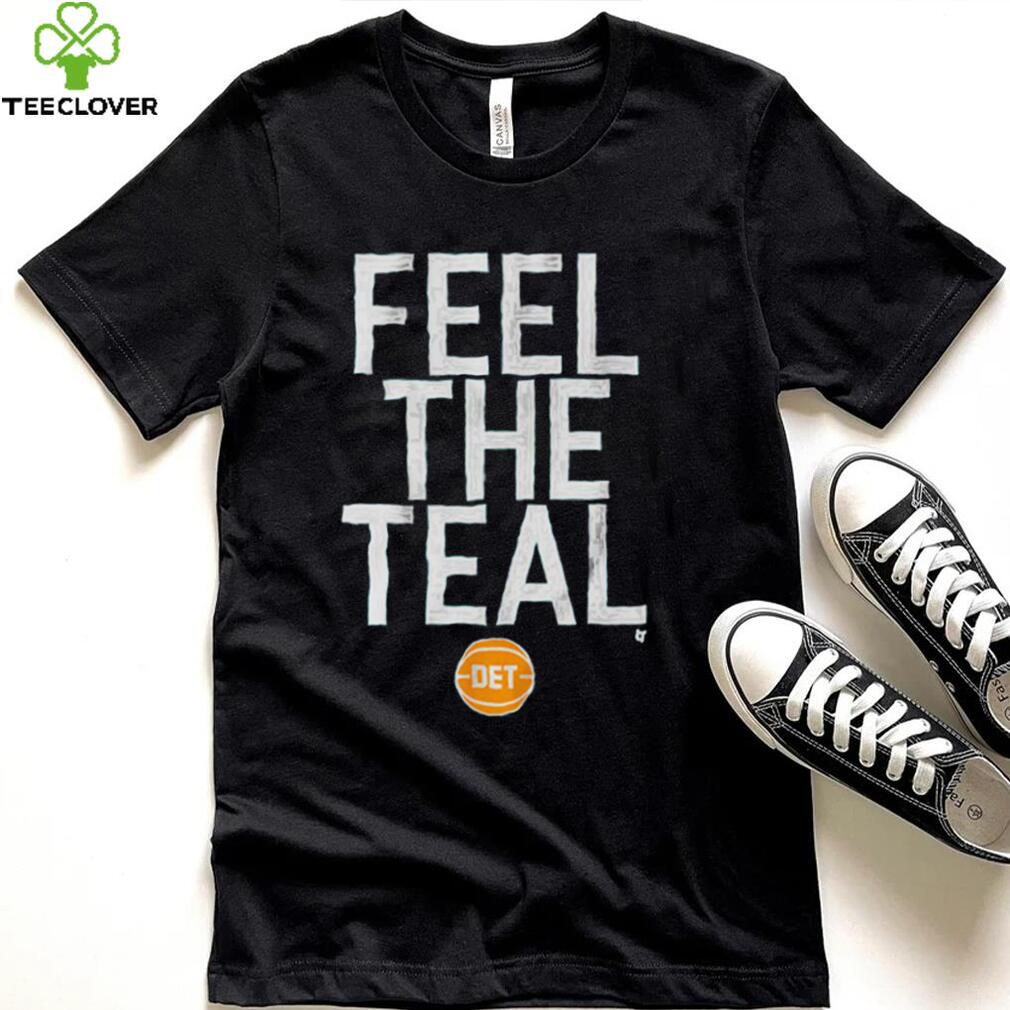 “Night of the Meek” is Christmas Eve. Henry Corwin, a down-and-out ne’er-do-well, dressed in a Feel the teal det shirt, worn-out Santa Claus suit, has just spent his last few dollars on a sandwich and six drinks at the neighborhood bar. While Bruce, the bartender, is on the phone, he sees Corwin reaching for the bottle; Bruce throws him out. Corwin arrives for his seasonal job as a department store Santa, an hour late and obviously drunk. When customers complain, Dundee, the manager, fires him and orders him off the premises. Corwin says that he drinks because he lives in a “dirty rooming house on a street filled with hungry kids and shabby people” for whom he is incapable of fulfilling his desired role as Santa. He declares that if he had just one wish granted him on Christmas Eve, he’d “like to see the meek inherit the earth”. Still in his outfit, he returns to the bar but is refused re-entry by Bruce. Stumbling into an alley, he hears sleigh bells. A cat knocks down a large burlap bag full of empty cans; but when he trips over it, it is now filled with gift-wrapped packages. As he starts giving them away, he realizes that the bag is somehow producing any item that is asked for. Overjoyed at his sudden ability to fulfill dreams, Corwin proceeds to hand out presents to passing children and then to derelict men attending Christmas Eve service at Sister Florence’s “Delancey Street Mission House”. Irritated by the disruption and outraged by Corwin’s offer of a new dress, Sister Florence hurries outside to fetch Officer Flaherty, who arrests Corwin for stealing the presents from his former place of employment. At the police station, Dundee reaches into the garbage bag to display some of the purportedly stolen goods, but instead finds the empty cans and the cat.