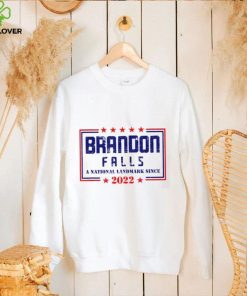 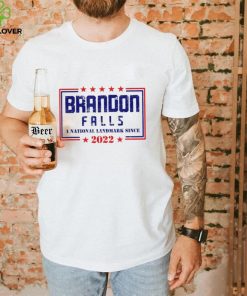 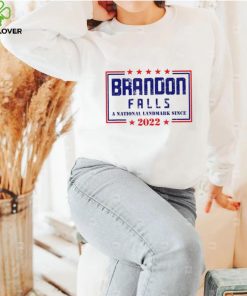 The orientation of the Brandon Falls A National Landmark Shirt remained roughly horizontal, but instead of lying along either side of the rib cage, they now spanned the depth of the abdomen. The neck became more tightly curved too, which, in combination with the upright posture, actually placed the head well below the level of the breast, so when viewed head-on it was impossible to see the head at all! Gradually, fantail fashions changed again. This time the body became tilted forward once more toward the diagonal but also sank lower, bringing the knees up above the level of the thighs. The neck remained swept back to cushion the head just above the rump and, with the tail now held perfectly erect and spread, the whole bird has taken on rather spherical proportions. 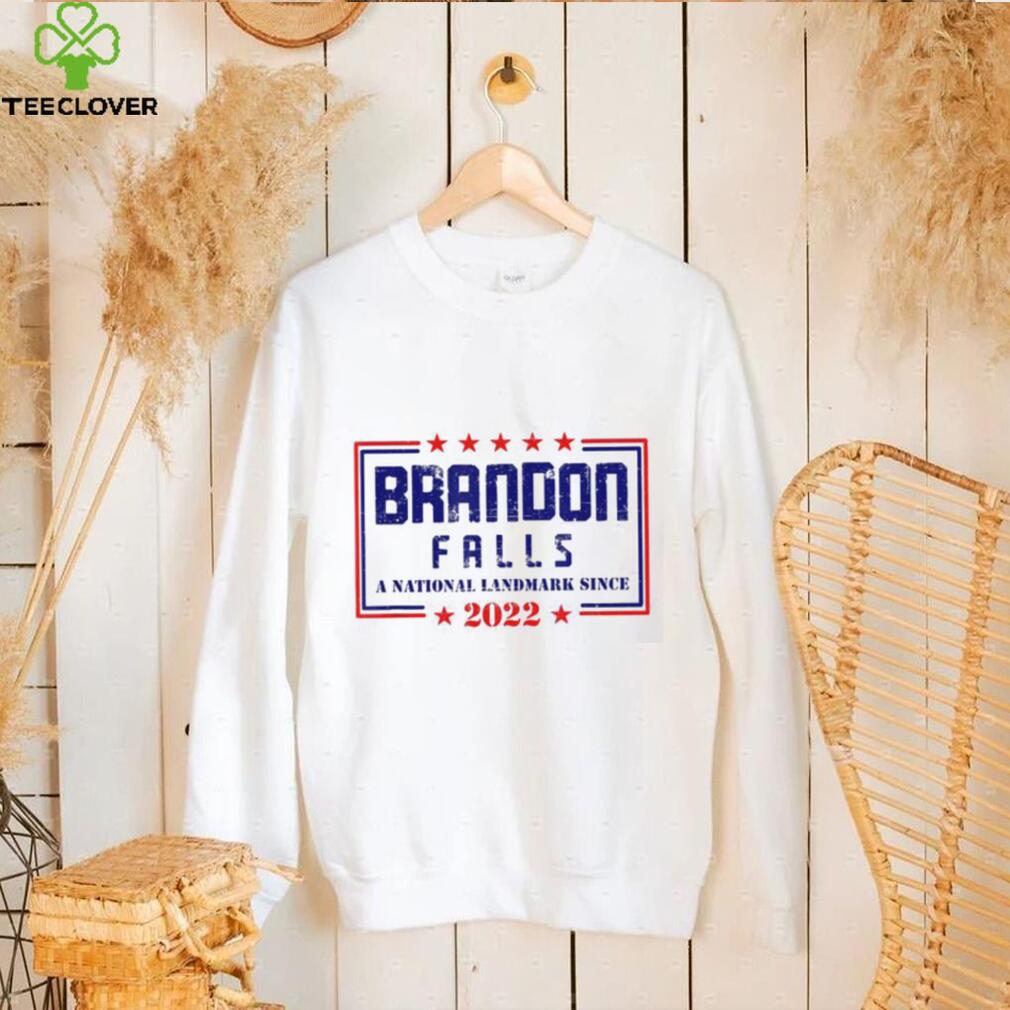 RP advantage: Inherently complex characters. There are few classes I find more boring RP wise than clerics and paladins – not because they are godbotherers but because they are expected to fully commit to their deity to get their powers. The Cleric of Deity X is expected to fully commit to the Brandon Falls A National Landmark Shirt of Deity X and behave in a relatively straightforward way. As is the Paladin of Ideal Y to uphold Ideal Y (and if they strayed too far in earlier editions they might fall, leading to the notorious “Everyone out in the courtyard and we’ll see who can no longer Lay on Hands” means of detecting fallen paladins). Meanwhile your average Fiend-pact warlock doesn’t actually want the world overrun by demons and your average Great Old One warlock doesn’t even understand the motives of their patrons. A character who isn’t aligned with their patron god but still gets power from them and respects them is inherently to me far more interesting than one who is and although I can do this with an orthodox cleric or paladin playing a celestial warlock (or a warlock in general) feels different and communicates to everyone that I am doing this.

The Brandon Falls A National Landmark Shirt of overt mechanisms for guarding some place or thing is a bit of an oldschool affectation from when games had less of a story-focus and more of a “get the lost treasure from the Pharaoh’s tomb” kind of focus. Without an environment like that it’s hard to justify the presence of a trap. Alarms, security systems? Yeah, those happen, but tripwires that make scything corridors or secret switches that shoot arrows at whoever opens the door seem like an awful lot more trouble than they’re worth in a structure that’s inhabited or under active use. Aside from that, it seems like a lot of traps are kind of “save or suck,” and I don’t have fun with that — not any more than I do making the players run a disable device check over and over until they get a door open. 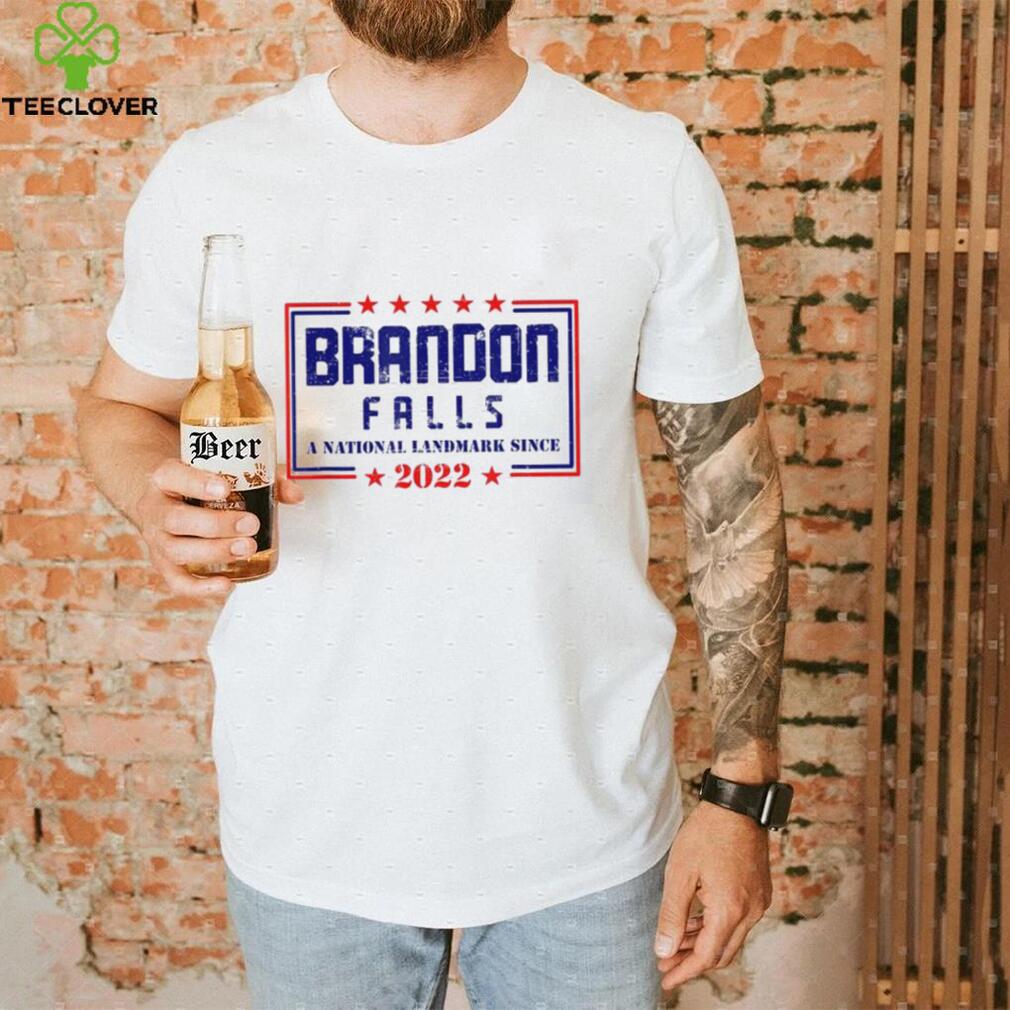 Sure- it may not be entirely a Christmas movie, hell the movie is set at Easter time, but it sure as hell has Santa Claus in it- or North as he is known in the Brandon Falls A National Landmark Shirt. I love this film because it not only has North, it also has Bunnymund (Easter Bunny), Tooth (Tooth Fairy), Sandy (Sandman), and a reluctant Jack Frost join forces to stop new evil threat Pitch Black, aka the Boogeyman. It is such a beautifully made peace of work- the animation is visually stunning, the story is fun, the characters have emotional plots and deep motivations. It has a fantastic voice cast to go with it and paints the Legends in a way no one ever imagined them. They aren’t only beings who bring gifts, give chocolate, collect teeth and give dreams, but they also protect us in secret. Now thats heroic.