Another rare and obvious sign of the end in Nazi Germany was Hitler was ranting and raving in front of some senior army generals. One had a son recently killed in the street fighting in Berlin. Anothers son was killed in house to house fighting in Stalingrad. All had lost family members in the war. Apparently Hitler at some point said “ and some morons apparently expect me to go up and fight the bolshevik. So I can be captured, caged and paraded in Red Square? No, absolutely not! I WILL NOT be shot down in the street like a dog!” Apparently at this the 2 generals who had lost sons were visibly taken aback – furthermore one apparently had the temerity to say something like “Mein Fuhrer I must protest at your language regarding your loyal soldiers..” But was shouted down. Please remember while the content of the Bee Sleeping Angel Ornament words is paraphrased Hitler did as a fact sstate the parade in cage comment and factually did say he wouldnt fight and die in the streets slike a dog in front 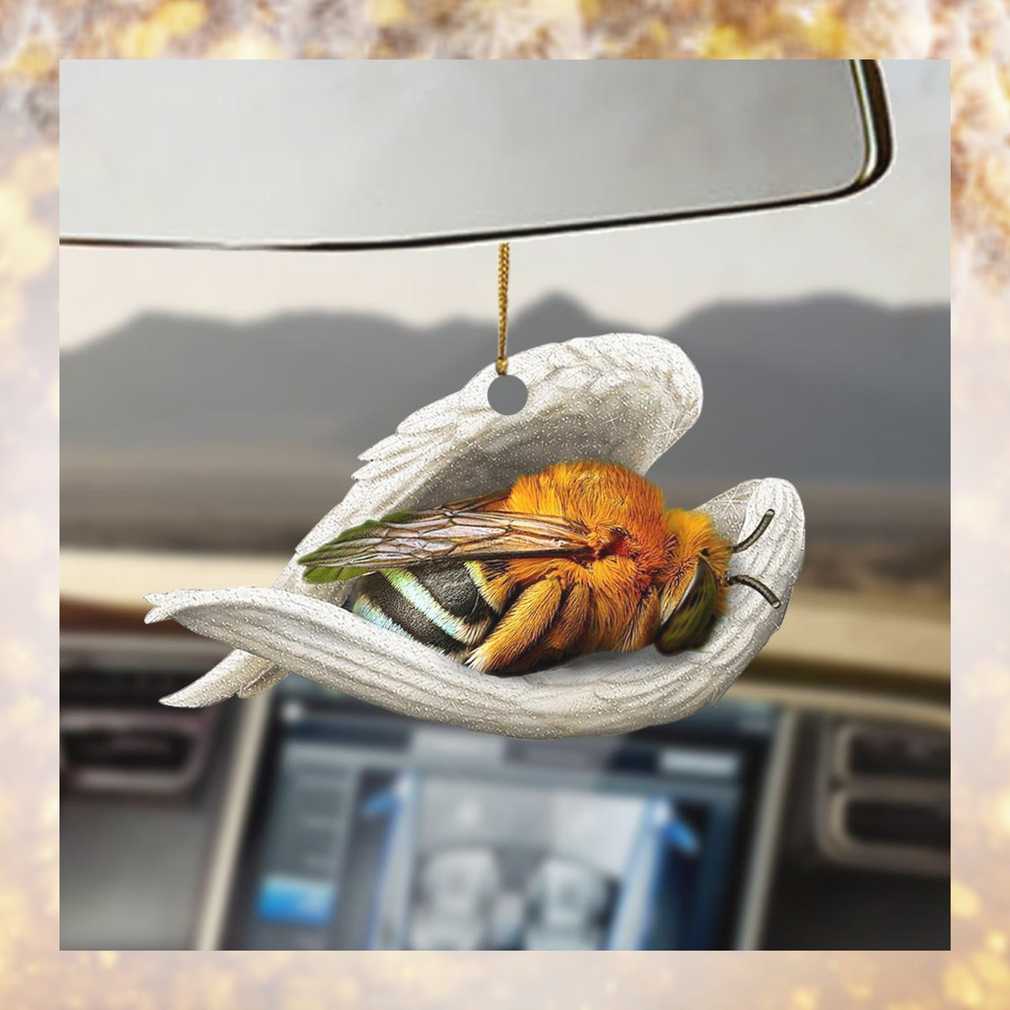 She was… disappointed to say the least. She has never liked cats as long as I can remember. When I was much younger we had found a little of Bee Sleeping Angel Ornament in a cousin’s barn and my mother flat out refused to allow us to keep one, though she did admit that they were cute. Anyway, after years of hearing me say the same thing around Christmas time, “Nothing,” she decided that if I was going to ask for something she was going to give it to me. She took me out to a vet’s office and showed me little Lois. Lois has been dropped off by someone for a medical procedure and the person had never returned for her. The vet explained this was common when someone wanted an animal to be in good health but really couldn’t afford the bill. I was appalled that someone could just abandon such a sweet little animal and that was the day we adopted our first cat. None of my family members really liked her that much, they were all dog people after all, but she didn’t seem to mind. She would keep to herself, hiding in closets and basements and coming out to play with me when she got lonely. At 18, I decided to move out and she came along with me.

Well, all that stuff was from my diary. I’ve been here close to 5 years now and I know that, while I was desperate in the shelter I picked good humans. My Mommy cleans my teeth and cleans my ears. In the cold of the winter she gives me slightly warm water and in the summer she puts ice cubes in to keep me cool. If they have turkey or chicken or salmon or a Bee Sleeping Angel Ornament of beef they share some with me. The guy, who I now call Daddy, and Mommy comb me often and take matted fur (it hurts you know) out with a Furminator. For reasons I can’t fully understand they pet me all the time, say “Good cat” and “I love you” and give me treats.