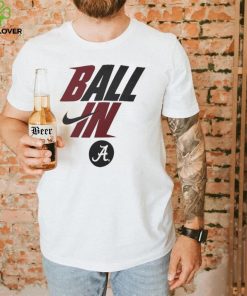 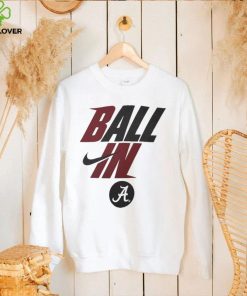 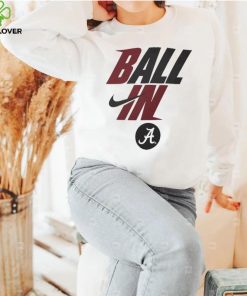 June is when the first shipment of Alabama Crimson Tide Nike Ball In Basketball Mantra legend shirt and ribbon arrives. It is also warehouse clean out month. There are hundreds of warehouses for supplies and completed toys that need cleaned out and dusted. July is when the list is begun. Santa begins making the master list for that year. August is when cookie baking for the season begins. It is also when the food supplies for the coming winter are ordered. Everything from pantry items to elf beer(kinda like root beer) must be inventoried, to see what needs to be reordered and at what amount. September is the most dangerous month at the Pole. At about the 7th of Sept each year starts the reindeer RUT. Hundreds of elves get hurt each year because of overly aggressive reindeer bucks. Yeah breeding season! But it is important to keep the male FR(flying reindeer) away from the natural wild NFR (non flying reindeer) or else the new babies next spring would give away the exact location of the pole and elf village. October is when Santa and Mrs. Clause begin to decorate for the holidays. There is no time for that after the 1st of Nov. November the first letters arrive! This is also when Santa must have the 1st check of the list done by. 2D check is due before the end of the month. Reindeer test flights begin and try outs for the team. December is crunch time! Santa is required to attend as many party invites and appearances as possible, hence the need for helpers. He also must finalize navigation and weather prediction models for Christmas eve. And of coarse there is Christmas eve deliveries. 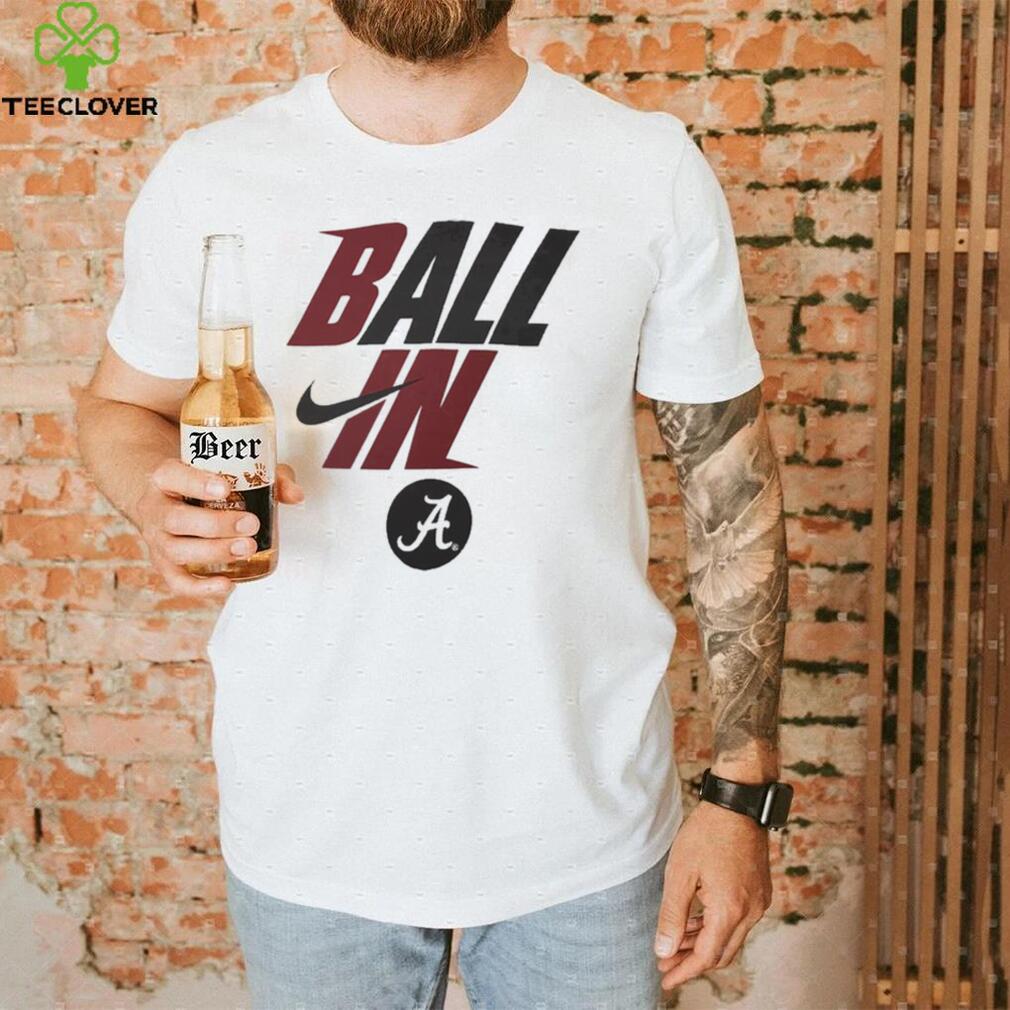 The Star Wars tabletop RPGs have been the Alabama Crimson Tide Nike Ball In Basketball Mantra legend shirt competitor for D&D ever since the establishment of the West End Games version in the 1980s.

The Bloodbinder tribe. The Bloodbinders are the Alabama Crimson Tide Nike Ball In Basketball Mantra legend shirt  of Orc tribe that make other Orc tribes deeply fucking uncomfortable. It would not be incorrect to call the entire tribe a self-imposed eugenics experiment with the goal to lessen the divine pull of Gruumsh on their population. They’re big on literacy (these guys use Dethek in the same applications an Illithid uses Qualith: On freaking everything.), they actively intermingle with non-Orcs—including/especially demons—and they’re opportunistic about stealing magical children to raise in the tribe. Oh. Right. They really love magic. Everyone in the tribe is trained in magic the way that traditional Orc tribes train everyone in combat. They consort heavily with demons, in particular those with Grazz’t and Orcus (minor ones include Yeenoghu, Juiblex, and Zuggtmoy). A couple of them fraternize with elves. More than a couple of them are undead, and at least one is a Lich. Orc tribes don’t usually get along anyway, but any sensible Orc will spit on the ground when they hear the name “Bloodbinder”. (Incidentally, Faustus did exactly that when he met the below two NPCs!) The common refrain is that a Bloodbinder’s brain is a cacophonous mess of waning Orc gods and demons all vying for control. It’s pretty accurate. 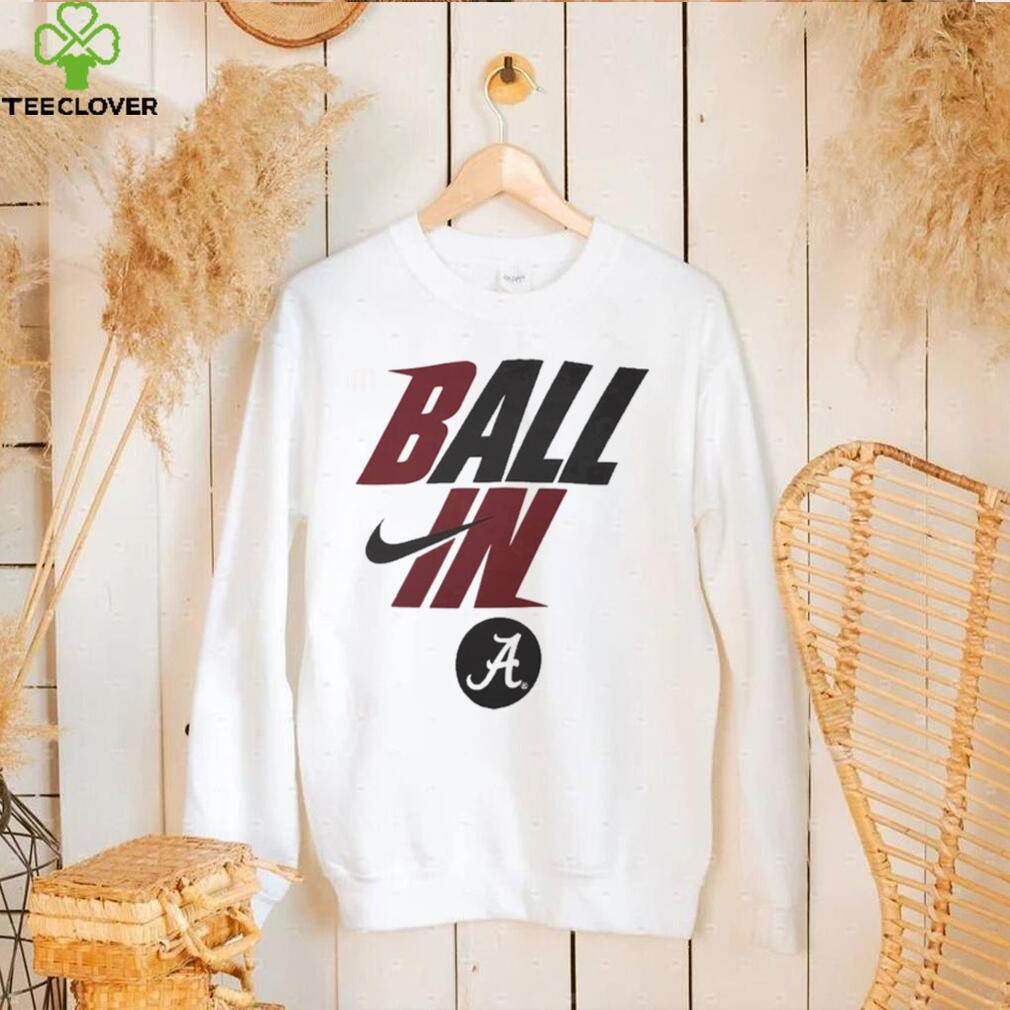 I own several Ringo albums and singles. I really do love his voice. His lack of a Alabama Crimson Tide Nike Ball In Basketball Mantra legend shirt doesn’t bother me because he sounds great just where is range is. But that does limit the material he can do. I always thought he would have had more success if he did more recordings like Beaucoups of Blues. His voice is best suited for country music. Plus he loves country music! (Probably not current country music, though!) The thing is, without the Beatles, I wouldn’t have had much of an introduction to him. I grew up in the ’70s when Beatles music was a bit retro, and not on my radio stations all that often. That was the only exposure I had to the Beatles, until John’s assassination in 1980. That sadly is what really led me to get to know the group. Now, with no Beatles, I assume Ringo’s solo time in the spotlight would have still been the ’60s and ‘70s. So my only exposure to him would have been as a child in the ‘70s. I wasn’t much of a record buyer then. And by the early ‘90s, I’d completely shut down to music. So I would have grown up largely not knowing Ringo at all. But my husband did, and by extension so did I, play almost exclusively Johnny Cash, Eagles, Fleetwood Mac, Bowie, and Beatles as our girls were growing up from 2007ish on. No stupid nursery rhymes for my girls!